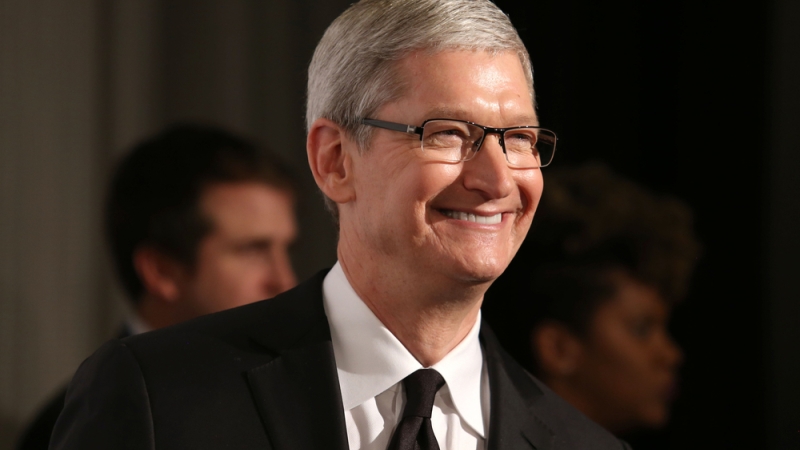 Apple CEO Tim Cook lavished praise Wednesday on the European Union’s data privacy rules embodied in the General Data Protection Regulation implemented in May, and at the same time made a strong case for the U.S. government to put in place similar protections for U.S. citizens.

In a speech to a conference of European privacy commissioners in Brussels, Cook said, “It’s time for the rest of the world–including my home country–to follow your lead.”

Cook said Apple is “in full support of a comprehensive federal privacy law” in the U.S. rooted in “four essential rights” including the right to have personal data minimized. “Companies should challenge themselves to de-identify customer data—or not to collect it in the first place,” he said.

The third is the “right to access,” he said, emphasizing that companies “should recognize that data belongs to users, and we should all make it easy for users” to access their data and choose to delete data.

And the fourth right Cook enumerated is the right to security, which he said is “foundational to trust and all other privacy rights.”

He continued, “Now, there are those who would prefer I hadn’t said all of that. Some oppose any form of privacy legislation. Others will endorse reform in public, and then resist and undermine it behind closed doors.  They may say to you, ‘our companies will never achieve technology’s true potential if they are constrained with privacy regulation.’ But this notion isn’t just wrong, it is destructive.

“Technology’s potential is, and always must be, rooted in the faith people have in it…In the optimism and creativity that it stirs in the hearts of individuals…In its promise and capacity to make the world a better place,” he said.

On the artificial intelligence front, Cook took less of a detailed policy position, but was no less strong in warning that the technology should not become an enemy of the people and that privacy should be paramount in its development.

Saying that AI is an “area I think a lot about,” Cook continued, “At its core, this technology promises to learn from people individually to benefit us all. Yet advancing AI by collecting huge personal profiles is laziness, not efficiency. For Artificial Intelligence to be truly smart, it must respect human values, including privacy.

“We can achieve both great Artificial Intelligence and great privacy standards. It’s not only a possibility, it is a responsibility,” he said.  “In the pursuit of artificial intelligence, we should not sacrifice the humanity, creativity, and ingenuity that define our human intelligence.

“If we get this wrong, the dangers are profound,” Cook concluded.