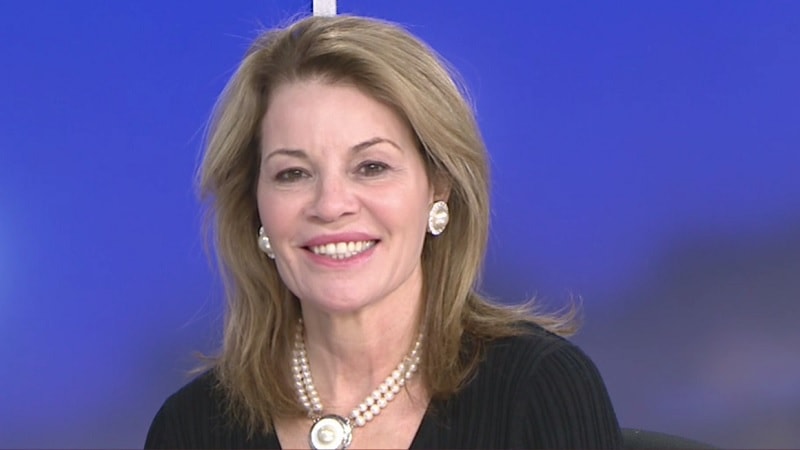 When you can tell the latest chapter of how technology is working to make the world a better place–from improving natural disaster recovery, to collaborating to address root causes of famine, and even to plumbing the depths of the “dark web” to locate and bring home safely thousands of missing and exploited children–you are sure to draw a crowd.

Among the many efforts underway showing the best that tech can do:

AWS officials discussed the company’s efforts to set up a group to get ready for, and recover from, a variety of natural disasters including hurricanes and this year’s disastrous wildfires in California. The AWS team has already built multiple call centers to support hurricane recovery efforts, and with Amazon Connect has cut the time to setting up call centers to about 48 hours.

And yesterday, on the “Giving Tuesday” that follows Cyber Monday, AWS donated $300,000 through the American Red Cross and the Information Technology Disaster Resource Center.

The Virginia-based International Centre for Missing and Exploited Children is working with AWS to create a world that is worthy of its children.

The two are collaborating on making available new recognition technology that law enforcement agencies in 29 countries can use to search both the “dark” and “clear” webs for images of the many hundreds of thousands of children reported missing around the globe each year.

ICMEC officials said the effort has helped to bring home 21,000 people–including 6,000 children–who have gone missing and possibly down the road to trafficking and other terrible forms of exploitation.

When bad people bent on murder lash out in the midst of a free society, it’s law enforcement’s job to move at lightning speed to stop the carnage–and then figure out how to get better at spotting the next emerging threats before they happen.

Christine Halvorsen, Deputy Assistant Director, Counterterrorism Division at the Federal Bureau of Investigation, said on Tuesday that adoption of cloud services has helped law enforcement dramatically speed the pace of massive investigative efforts that follow some of the worst criminal threats to public safety in recent years.

In the aftermath of the 2013 Boston Marathon bombing and subsequent manhunt for the perpetrators, law enforcement collected 50 terabytes of data about the killers. Set on weeding through various siloed data sources, law enforcement was overwhelmed by the sheer magnitude of the data collected.

Fast forward only four years to the 2017 mass shooting in Las Vegas that claimed 58 lives. Law enforcement collected a staggering 1 petabyte of data on the perpetrator, and the FBI had eight analysts working over the data 24 hours per day for a month. With the assistance of cloud services, Halvorsen said, the work to sift through the information could have been cut down to just one day.

Informed by those experiences, Halvorsen said the FBI is working with AWS and other vendors including Novetta and E-Infosol to knock down the stovepipes between technologists and operators including having teams work in data fusion centers to identify the best data sources and populate the most useful “data lakes,” and embedding data scientists into the process.

She pointed to the rapid arrest last month of a Florida man who mailed package bombs to numerous political figures as proof that the new cloud-fueled approach is paying off.

Franck Bousquet, senior director of the World Bank’s Fragility, Conflict, and Violence Group, discussed how that institution is using machine learning and artificial intelligence technologies to better identify and target areas that are emerging risks for famine.

AWS, Microsoft, and Google announced in September that they were joining forces with international organizations to use AI and other advanced data analysis technologies to help stave off famines before they get going, and Bousquet said the Famine Action Mechanism (FAM) effort resulting from that cooperation will support preparedness and early action.

He said that FAM will help address major current challenges including making sure that early warning of famine translates into preventative action. The World Bank, he said, invests $3 billion year in preventing crises, and has a goal of moving some of those investments upstream to the prevention side of the equation.

She said software vendors that use the program will receive training, tools, guidance, and support from AWS partners, all with the goal of greatly speeding the process of achieving compliance authorizations–sometimes in as little as 90 days.

Carlson said the AWS Public Sector team supports has employees in 28 countries and customers in 131 nations, with new regions coming online including those based in Bahrain, South Africa, and Milan, Italy. The company’s partner program now counts more than 800 partner firms, she said.

Under the heading of building cloud skills, she said AWS has welcomed 16,000 attendees to six public sector summits around the world this year, and plans to add another two to the schedule–in Bogota and Delhi–in 2019.

And further on the international front, she said AWS has launched a new grant program aimed at lower and middle-income countries in Africa to help them analyze earth observation data in order to look for problem areas including illegal mining and deforestation, and to help identify water sources for refugee camps.

In separate statements on Tuesday, AWS announced the launch of its AWS Ground Station service that it said will make it easier and more cost-effective for customers to download data from satellites into AWS Global Infrastructure Regions using a managed network of 12 ground station antennas located around the world.