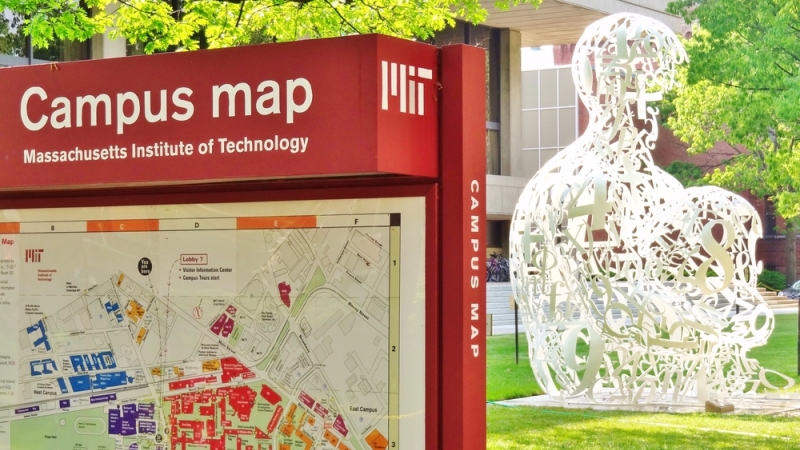 No one has attended an introductory physics lecture at the Massachusetts Institute of Technology in 15 years.

In the fall of 2001, MIT opened its first classroom under the Technology Enabled Active Learning (TEAL) initiative. The university has been using this active learning system for its introductory physics classes ever since.

John Belcher, a physics professor at MIT, led the TEAL initiative after becoming increasingly frustrated when only 40 percent of his students attended his introductory lectures. He began to experiment with animations to help his students visualize the complex concepts associated with electromagnetism, one of the topics covered in the course. With the support of the department head and about $35 million earmarked for educational technology, MIT introduced the TEAL classroom under Belcher’s direction.

Unlike a tiered lecture hall, the TEAL classroom features a large, flat space with 13 circular tables, each capable of accommodating nine students. The tables are furnished with a computer already equipped with necessary software. Rather than sit through a 50-minute lecture, students in the TEAL classroom listen to a 15-minute talk and then work together to solve specific problems. While MIT professors cannot strictly enforce attendance, Belcher made it clear that students needed to participate in class to receive a good grade.

“If you never walked through that door, you could not get an A. A lot of freshmen resented the fact that we were telling them to do something,” Belcher said. “The important thing about TEAL is collaboration and interaction. You need interaction to solve a physics problem. Nothing beats that.”

Belcher said the process of launching and sustaining the TEAL system during its first few years was exhausting. He received relentless gripes from students who did not want to attend a class consistently in order to do well. In 2005, Belcher stepped down from leading the initiative to take some time off, but returned in 2008. He stopped teaching introductory classes for good last year, and now  teaches only upper-level classes.

Although students initially decried the TEAL system, the initiative produced encouraging results. In the lecture system, the failure rate of introductory physics classes was two to three times higher than that of the other required freshman courses, which are math, chemistry, and biology. Failure rate refers to the number of students who fail a certain course in a semester. In the active learning class, the failure rate dropped to about 4 percent, equal to the failure rate of the other required courses. Course evaluations from recent years reflect that students enjoy the TEAL classes as much as previous students enjoyed the lecture-style classes.

“There are always people who don’t like any class. For some people it’s true, for some it’s not,” Belcher said.

Active learning continues to be an important issue for universities today. According to a 2014 paper titled “Active learning increases student performance in science, engineering, and mathematics” published by the Proceedings of the National Academy of Sciences, students in classes with traditional lecturing were 1.5 times more likely to fail than were students in classes with active learning. The paper, which analyzed 225 studies on student performance in STEM courses that used lectures versus active learning, also concluded that test scores improved by about 6 percent in active learning classes. The positive results of Belcher’s TEAL initiative corroborate this study’s findings.

While Belcher stated that many universities have embraced active learning tools, such as clicker response devices, in their lectures, active classrooms such as the TEAL class are not a widespread presence. Although he believes many instructors are interested, Belcher said that leading an active learning initiative is difficult because it is as tiring as it is costly.

“It takes an enormous amount of effort. There was a lot of money floating around MIT in the early 2000s. Right now, there are not those pockets of money,” Belcher said. “You have to have someone who’s really willing to set this up.”

Active learning may be a common feature in the universities of the future. However, some academics disparage the idea of active classrooms, stating that students lose the beauty and effectiveness of skillful lectures. Belcher said that, for STEM classes at least, the shift to interactive learning is more important than a poignant lecture.