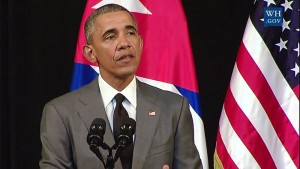 Increasing Internet access will be a key component to boosting Cuban businesses, according to President Obama. In remarks made alongside Cuban President Raul Castro as well as a separate forum on Cuban entrepreneurship, the President emphasized the Internet’s role in improving and expanding the country’s ability to innovate. “In the 21st century, countries cannot be successful […] […]