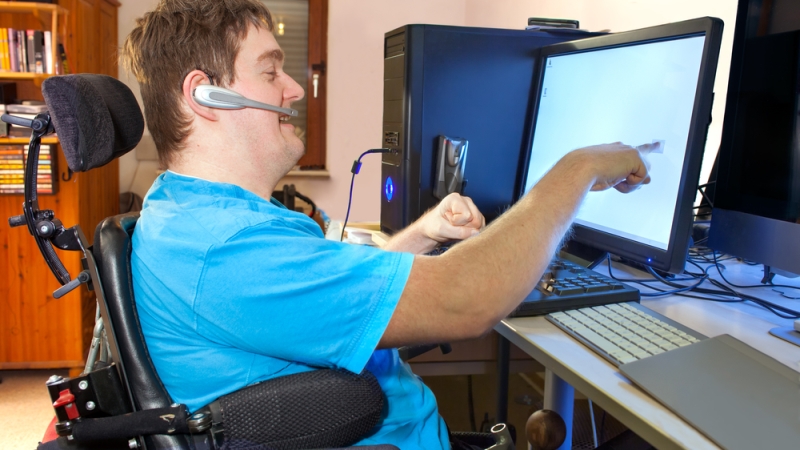 Accessibility must be built into technology from the beginning of the process, and the technology must be tested with input from people with disabilities, according to the United States Digital Service.

“Many designs are going to be onerous to make accessible after the fact,” said Nick Heiner, software engineer for USDS. “You can save a ton of development time and headaches by baking accessibility in upfront.”

“Non-sighted users, for instance, use screen readers that read an app’s content aloud instead of displaying it on a screen,” said Heiner. “The only way to know if your content works well on a screen reader is to try it out—automated scanners or reading the code yourself will only catch a few issues.”

ITIF found that some websites didn’t add a descriptive label to all forms on a website to instruct users when to provide input, weren’t easily navigable for users with a disability because information or interactive elements on a Web page were not in a sequential order, didn’t make it easy for users to discern content, and failed to make text sufficiently readable and understandable.

“Content is accessible when it can be used by users with a disability, period,” Heiner said. “There are many ways to achieve this. Following a particular implementation pattern is not necessary to achieve accessibility.”

Heiner also said that making a product 100 percent accessible is an unreasonable goal. Federal standards only require a user experience that’s “comparable” between a user with and without a disability.

Heiner discouraged developers from reverting to a text-only version of the website to meet accessibility standards.

“Users with a disability do not like being sent off to a separate experience, and frequently find that the text-only version is an afterthought that receives updates much less frequently than the main version,” Heiner said. “And, it costs you more to maintain multiple versions.”