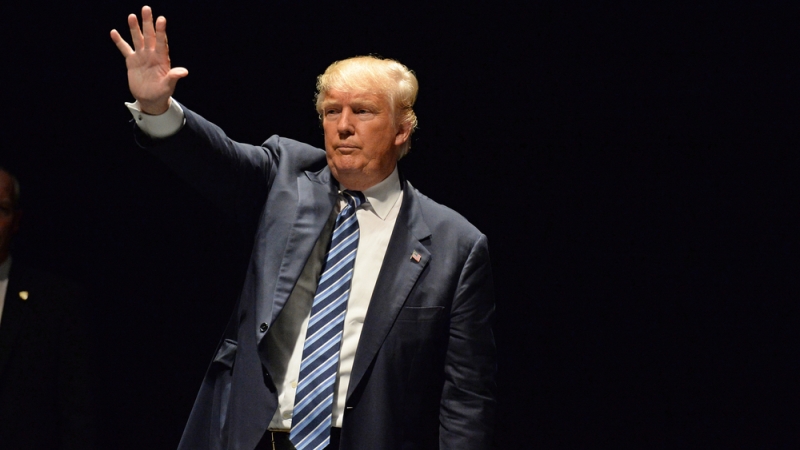 Republican presidential nominee Donald Trump said the “Obama administration has failed” in cybersecurity, and laid out his own plan to strengthen U.S. cyber efforts.

“To truly make America safe, we must make cybersecurity a major priority, which I don’t believe we’re doing right now, for both government and the private sector,” Trump said in a speech on Monday.

In terms of policy, Trump laid out a series of task forces and advisory boards that he would use to improve cybersecurity.

“As president, I will instruct the Department of Justice to create a joint task force throughout the United States to work together with state and local law enforcement authorities and international law enforcement to crush this still-developing area of crime,” he said.

FBI assistant director James Trainor called this directive a codification of the essential roles that the FBI already played in cybersecurity.

“I will also ask my secretary of Defense and joint chiefs to present recommendations for strengthening and augmenting our Cyber Command,” Trump said of his cybersecurity plan. “As a deterrent against attacks on our critical resources, the United States must possess, and has to, the unquestioned capacity to launch crippling cyber counterattacks, and I mean crippling. Crippling. This is the warfare of the future. America’s dominance in this area must be unquestioned, and today it’s totally questioned.”

Trump also compared the threat of cybercrime to that of the mafia in the past, and said that the best way to combat both was to bring a variety of forces together to focus on that threat.

“We will put together a team of our best military, civilian, and private sector cybersecurity experts to comprehensively review all of our cybersecurity systems and technologies,” said Trump. “The cyber review team will proceed with the most sensitive systems first, but ultimately all systems will be analyzed and made as secure as modern technology permits. And hopefully that will be our technology.”

Though Democratic nominee Hillary Clinton outlined her cybersecurity plan, which included going after ISIS and deterring state actors, at last week’s presidential debate, Trump criticized her cybersecurity experience and took the opportunity to attack her for her emails as secretary of State.

“Hillary Clinton’s only experience in cybersecurity involves her criminal scheme to violate Federal law, engineering a massive cover-up and putting the entire nation in harm’s way. The fact that a former senator and secretary of State claimed not to know what the letter ‘c’ means is just one more example of why she is totally unfit to hold the office of president,” Trump said.

He promised that in a Trump presidency “those who violate classification rules will be held responsible to the fullest extent of the law.”