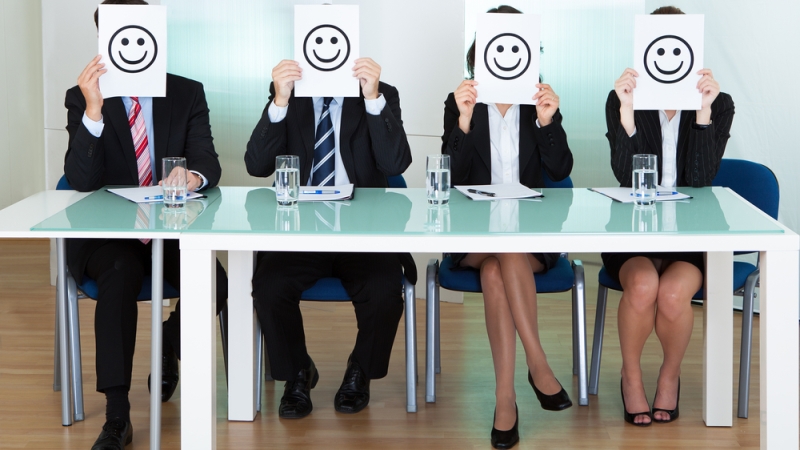 The best cloud companies to work for all make an effort to create a culture of employee engagement and success.

Forbes last week released a list of the top cloud companies to work for based on data from Glassdoor, the workplace rating website. The top companies include M-Files, Apprenda, Zerto, OutSystems, Mendix, and DocuSign. MeriTalk reached out to them in order to learn the secrets of the best workplaces.

M-Files came in at No. 2 in the best cloud companies to work for. Greg Milliken, vice president of marketing for M-Files, said that the company tries to keep its employees independent and at ease, which contributed to its high ranking.

“I couldn’t have said we would have predicted that we would be No. 2,” Milliken said, although the company realized that it was a successful workplace.

M-Files, which is based in Finland, began its practice in the United States with one employee. Milliken was the employee.

M-Files is different from most cloud companies in that it categorizes the data it stores based on context rather than on what system it belongs in. This method focuses less on locking up documents and focuses on reducing information silos.

Apprenda is ranked at No. 3 on the list of best companies to work for in cloud computing.

“I think it’s a great honor to be included in that,” said Dean Iacovetti, director of human resources and recruiting at Apprenda.

Apprenda has a vigorous vetting system that potential employees must face before they’re hired. As a result of this, employees are serious about working at Apprenda and turnover is very low, according to Iacovetti.

“Every single person has the ‘send me’ attitude,” Iacovetti said, referring to employees’ eagerness to take responsibility for new projects.

Apprenda uses an open source solution that was originally developed by Google over a period of 15 years of research with support for both cloud native and traditional application workloads.

Zerto is ranked at No. 4 on the list, right above Google.

“The competitiveness and pace of the technology industry is incredibly fierce and fast,” said Ziv Kedem, CEO of Zerto. “Because of that, being ranked as a top cloud computing company and ahead of nearly every known global brand is a tremendous honor for Zerto as we take stock of the incredible journey we’re on.”

Kedem said that Zerto works to make employees feel empowered and successful by creating a culture where people work together and listen to one another. Zerto lets consumers customize a hybrid cloud environment to fit their IT needs.

“OutSystems is a unique place to work because of the smart and innovative people who have made it their home,” Rosado said.

OutSystems focuses on community service by donating $5,000 to an animal welfare organization in 2016, and sponsoring a triathlon club this year.

Mendix came in at No. 9 on the list. Mendix is a rapidly growing cloud company that focuses on collaboration, according to Derek Roos, CEO of Mendix.

The company offers a platform that allows customers to build applications without having to know how to code.

“Digital transformation is important to many business leaders as every company is becoming a software company by having to tech-enable their processes for their employees and customers,” Roos said. “The cloud is making it possible to break free of traditional IT constraints.”

DocuSign is ranked at No. 10 on the list of more than 70 of the best cloud companies to work for.

“DocuSign is truly a special place to work, filled with passionate, talented people–now more than 2,000 people around the world,” said Gregor Perotto, senior director of global corporate marketing and communications at DocuSign. “Our culture is focused on customers and their success.”

DocuSign is working to achieve FedRAMP certification through sponsorship from the Federal Communications Commission.

“We channel that passion into industry-leading innovation that helps our customers achieve their digital transformations, including innovations like DocuSign Payments,” Perotto said.