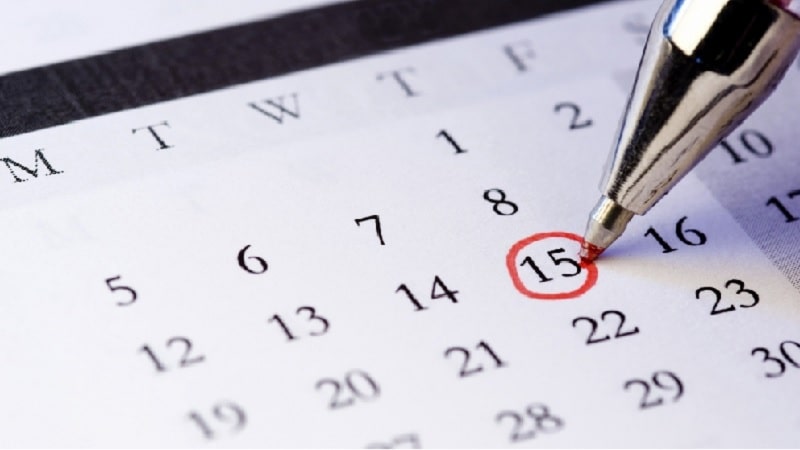 As the year draws to a close, it’s time to look back on the biggest Fed IT moments of 2019. From legislation and personnel changes to executive policies and agency projects, this year has seen a massive push towards Fed IT modernization across the government.

In chronological order, here are the top 10 events in Fed IT:

As Democrats regained control of the House of Representatives in 2019, a notable and influential IT subcommittee was dropped from the roster. The IT subcommittee, which was part of the House Oversight and Reform Committee, was folded into the Government Operations subcommittee, with Rep. Gerry Connolly, D-Va., at the helm as chairman. While IT no longer had its name on a subcommittee, Connolly pledged to continue Congress’ focus on IT modernization. “[W]e’re going to do a lot of work on modernizing and procurement oversight of how the Federal government deals with information technology and a $96 billion a year procurement portfolio,” said Connolly.

President Trump signed the Open, Public, Electronic, and Necessary (OPEN) Government Data Act into law on Jan. 14. The legislation sets the requirement for all government agencies to make data accessible and machine-readable by default. The bill requires agencies to create a comprehensive inventory of agency data, submit their inventory to the OM in real-time, and create a list of policy-relevant questions that the agency plans to answer with data. The bill also establishes the chief data officer position into law and creates a Federal Chief Data Officer Council.

While the most recent government shutdown began in 2018, it carried into 2019 before the Federal government finally reopened. The shutdown furloughed hundreds of thousands of Federal IT workers, leaving them without pay until a back-pay bill was passed. Federal IT contractors did not receive similar compensation. But more than just leaving Federal workers without a paycheck, the shutdown had a wide-ranging impact. The Congressional Budget Office found that the shutdown caused an $11 billion decline in the national GDP, Rep. Robin Kelly, D-Ill., said the shutdown prevents the government from attracting top IT talent; and OMB was unable to report a Q1 update for progress on the President’s Management Agenda.

Following the release of a draft version of the policy, OMB released the final Cloud Smart Policy in June of this year. The move finalizes the Federal government’s shift away from the Cloud First policy implemented in 2011, and towards a new approach that “offers practical implementation guidance for Government missions to fully actualize the promise and potential of cloud-based technologies,” the strategy states. Cloud Smart keeps the three pillars of security, procurement, and workforce. The finalized policy sets 22 action items under the Cloud Smart policy, 13 of which have already been implemented since the draft policy was released.

OMB released the finalized framework of the Federal Data Strategy, as well as a draft of its year-one action plan on June 4, cementing the administration’s approach to data under the President’s Management Agenda and setting out new activities for agencies to complete. The Federal Data Strategy sets 40 finalized practices in addition to the 10 principles and mission statement identified in Oct. 2018. Together, these practices and principles set the longstanding framework for how agencies should utilize Federal data. In addition to the principles and practices, the draft action plan sets the short-term actions agencies will need to implement over the next year, with updates coming on an annual basis.

Unlike with the 9.0 scorecard, the focus of the 8.0 scorecard and the congressional hearing that coincided with its June 26 release focused on changes in scoring and the concerns over the revision to OMB’s Data Center Optimization Initiative (DCOI) policy. Members of the House Oversight Government Operations Subcommittee shared their concerns with Federal CIO Suzette Kent during the hearing, noting that the policy’s increased focus on optimization could send the wrong message to agencies. DCOI was removed from the grading for the scorecard by Congress as a result of those concerns, leading to two FITARA grades being issued for agencies affected by the removal of the metric.

This year saw a rash of congressional leaders announce they would not run for reelection in 2020. Two notable leaders in the IT-sphere are Reps. Will Hurd, R-Texas, and Mark Meadows, R-N.C. Hurd was the head of the House Oversight and Government Reform Committee’s IT Subcommittee from 2015 to 2019, and has played a large role in Federal IT legislation, in recent years, including serving as the primary sponsor on the Modernizing Government Technology (MGT) Act. Meadows, the ranking member of the House Oversight Subcommittee on Government Affairs, has been a key part of Federal IT legislation in recent years. He is the cosponsor of multiple prominent bills, including the FedRAMP Authorization Act and the Internet of Things (IoT) Cybersecurity Improvement Act.

Following a protracted RFI and decision-making process, the Department of Defense (DoD) awarded the 10-year, $10 billion Joint Enterprise Defense Initiative (JEDI) contract for general purpose cloud computing to Microsoft. However, this wasn’t the end of the JEDI process, Amazon Web Services – which was also in the running for the contract – very quickly announced that it planned to contest the decision.

The House Oversight and Reform Committee’s FITARA (Federal Information Technology Acquisition Reform Act) Scorecard 9.0 was released on Dec. 11. The latest version of the scorecard saw the best agency scores to date, highlighting continued improvement and agency focus on IT modernization. The General Services Administration, the Department of Education, and the U.S. Agency for International Development all took top scores on the latest scorecard. Of the 24 Federal agencies that received grades, nine improved on their previous scores in June, four saw declines, and 11 hung steady. Federal CIO Suzette Kent hailed the results, declaring it “the best scorecard ever.” She continued, “Agencies are delivering results, and improving in the modernization arena every single day.’