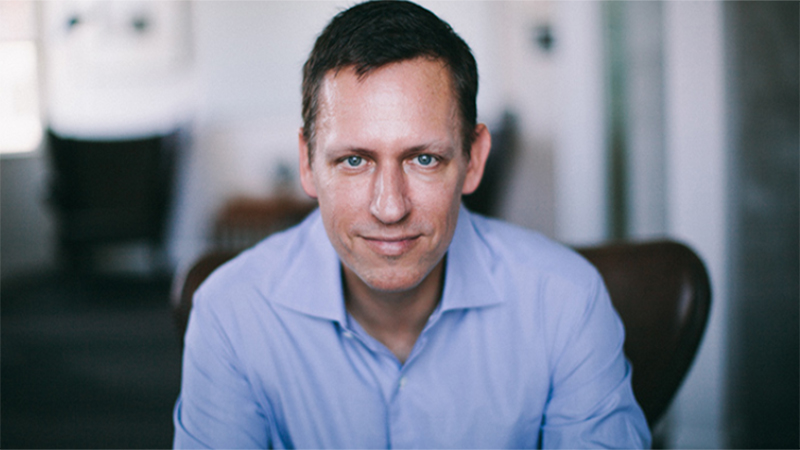 Technological capability in government is on the decline, according to Silicon Valley entrepreneur Peter Thiel.

“Our nuclear bases still use floppy disks, our newest fighter jets can’t even fly in the rain, and it would be kind to say the government software works poorly, because much of the time, it doesn’t even work at all,” Thiel said. “That is a staggering decline for the country that invented the Manhattan Project. We don’t accept such incompetence in Silicon Valley, and we must not accept it from our government.”

Thiel co-founded PayPal and Palantir, a software and services company that specializes in big data analysis. He is chairman at Palantir and president of Clarium Capital, an investment management and hedge fund company.

He spoke in support of nominee Donald Trump at the Republican National Convention in Cleveland on Thursday and addressed the disparities between government and Silicon Valley when it comes to technological innovation.

“Where I work in Silicon Valley, it’s hard to see where America has gone wrong,” Thiel said. “It’s hard to remember this, but government was high-tech too.”

Though there is general agreement that the Federal government needs to improve technology, not everyone in the industry sees it as abysmally as Thiel.

“IT is embedded in virtually every aspect of the government’s work,” said Mark Forman, global head of public sector at Unisys. “Sometimes the technology is done better than at most private companies or other governments, and that’s very visible to the millions of U.S. citizens and business people who come back into the U.S. from overseas every week. The technology deployed by Customs and Border Protection in the U.S. is superior to what you see deployed at the borders of many other countries.”

Forman has also worked in the U.S. government as the first administrator for E-Government and Information Technology.

“But at other times, government relies on outdated IT and has difficulty modernizing, such as the examples mentioned in the speech,” Forman said. “There also are plenty of examples of government deploying the latest IT without a clear link to better results, such as the dozens of mobile apps produced over the past five years. There is much room for improvement, without doubt, and the root causes are well known. All of the last three administrations have tried to fix problems in government’s use of IT, and much work remains to be done.”

The Republican platform addresses government IT in a variety of areas, such as IT modernization, cybersecurity, and broadband access.