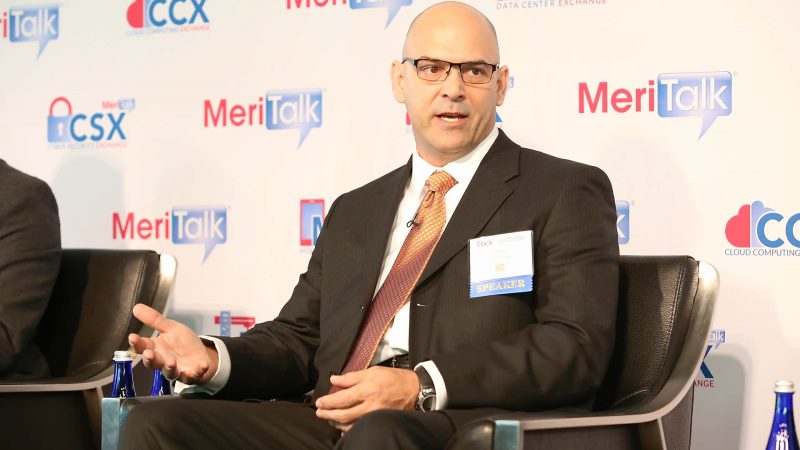 The latest research from MeriTalk finds what while artificial technology (AI) development is viewed by many in government and industry as still in the blush of youth, the technology is poised to rapidly outgrow its present suit of clothes.

The research project – conducted by MeriTalk and underwritten by Pure Storage – polled government and industry executives and IT decision makers at this summer’s AI World Government event, who said among other top-line findings that hybrid cloud infrastructure is a key enabler for AI adoption, and that the military and intelligence agencies are expected to lead Federal government’s push into AI tech adoption.

We sat down last week with Nick Psaki, Federal CTO at Pure Storage, to get his thoughts on the research results, and his longer-term outlook on how AI adoption is likely to gain momentum in the coming years before becoming an ultimately ubiquitous technology layer that will leave an indelible mark on society.

MeriTalk: In examining the AI study results, what are the most important findings for Federal government officials that are currently undertaking AI or robotic process automation (RPA), or are considering doing so?

Psaki:  Two things jump out – the current feelings about AI maturity, and then the time to breakthrough to mission-critical tasks.

On the first one, if you add respondents who said AI development is between “a little” (42 percent) and “moderately” (48 percent) mature, combined that’s a big number (90 percent).  It shows me that we’re doing a lot of our thinking our way through it, understanding what the technology is and what it can do, exploring application and use cases.

But then when you go down to the “breakthrough” question where 89 percent say AI will be ready for top mission-critical tasks within five years, it shows the willingness and desire to do it.  It’s still not necessarily an understanding of how we can apply this or what we want to apply this to. But it shows we’re exploring the full scope of use cases where we think AI can significantly improve our decision making and our policymaking and basically give us a better understanding of what information can tell us to help us make smart, timely, and relevant decisions.

MeriTalk: What do you think of various estimates of when AI tech may be ready for mission-critical applications?  Let’s take a five-year estimate, for instance, or it just impossible to know right now?

Psaki:  For the past 50 years, AI has been very much in the research phase, now it’s going into the deployment phase. But I think there’s a tremendous amount of technological maturity that has yet to take place before AI is prevalent across every aspect of knowledge endeavor, and frankly, mechanical endeavor.  We’re still a ways away.

And when you consider mission criticality, that begs the question of against which missions. But you know, every mission is driven by a desired outcome, so it really all depends on what is the outcome you desire. I think, for example, in medical science, AI will probably give us tremendously more utility in diagnosing disease and saving lives. But I think when you start talking about military missions, and delivering battlefield effects, the cost of being wrong on those is irrecoverable.

MeriTalk: Speaking on a recent MeriTalk panel, you told us that AI deployment was likely to take some time to coalesce, but then would come upon us all pretty quickly, like smart phones did.  How will we see that coming?

Psaki:  During the next ten years, the adoption on-ramp and the application on-ramp are going to hockey stick.  We’ve seen a very long ramp of AI development, and as we start to do things like autonomous vehicles, the AI activities are going to be coming all at once.  A lot of times, I think, we’re going to have a hard time determining where AI was actually utilized in order to present to us the types of decisions that we’re going to be asked to make, or preferences that an algorithm has determined are relevant to us.

But I think that in the next five to 10 years AI is going to be ubiquitous, and certainly driving things from shopping choices to pharmacology and medical treatments, and of course, obviously, transportation.  Almost every aspect of human endeavor will be influenced an extent by AI.

MeriTalk:  You just named a few, but what are some of the other “killer apps” that will be the big drivers for AI deployments, not just for the Federal government, but for everyone.

Psaki: I haven’t even touched on agriculture, where AI offers tremendous improvement in the efficiency of farming, and food delivery.  Or the genome, where AI is able to understand gene interactions at a level and on a scale and a speed with which we currently can’t even comprehend.

So giving us better outcomes in medicine and improving quality of human life – agriculture and medicine will probably be the primary drivers of adoption for artificial intelligence. Because they dictate how we live.

MeriTalk: On the Federal policy-making front, AI got a pretty good lift earlier this year from President Trump’s executive order that focuses on prioritizing Federal government investments in AI-driven projects, and development by Federal agencies of research and development budgets for AI that will support their core missions.  On the congressional side, we hear concerns about data privacy in general, and data bias specific to AI algorithms, but nothing that has translated into major legislation.  Is there anything that policymakers could do, in your view, that would make it easier for AI to sprout both in the government and in the private sector?

Psaki: The government’s taking some steps, and starting to divine the communities of interest, agencies, and organizations to start shepherding AI across the government and fostering its development across the country. I think that the government needs to be the enabler in resourcing, as well as in what research occurs and how it’s implemented.

But I also sometimes wonder if private individuals, private enterprise, and nongovernment-affiliated research entities are going to do more, and faster, than the government can respond to, because they are not bound to the government to their pace of innovation or their funding. I think that the primary innovations are going to happen, and we’re going to have effects, algorithms and applications that come up at a speed and the scale that the government will be unable to anticipate.

How do you create the policy and legislative framework to ensure that AI is beneficial? Focus on the general welfare.

MeriTalk:  Last question, Nick.  Can you tell us a little bit about what Pure does to advance the ball on AI development?

Psaki:  What we do is make the capabilities that facilitate larger scale AI development.  AI, much like any other learning organism, benefits from having more and more data. The more data you have, the more there is to process, the more relationships and understanding they can develop. But you have to move this data at extraordinarily high volume and velocity. And the technologies that we’ve built in computing infrastructure to date are inefficient or incapable. This is the problem of scale.

But Pure Storage, by virtue of its technology portfolio, has created a set of technologies that facilitate this type of scale, and velocity to assist and train and develop artificial intelligence algorithms. We’ve also really changed the model on how you create these architectures. And the really big point behind artificial intelligence-ready infrastructure is creating an engine whereby you can bring different applications, but you don’t try to move the data. So you’re actually able to train numerous different APIs against the same or different data sets, and do so at a scale and a speed that is impractical under traditional hard disk-based platforms.

So we’ve created the foundation for the future of computing, or for the future certainly of artificial intelligence and machine learning development, with our partners Cisco, nVIDIA, Mellanox, and Arista.