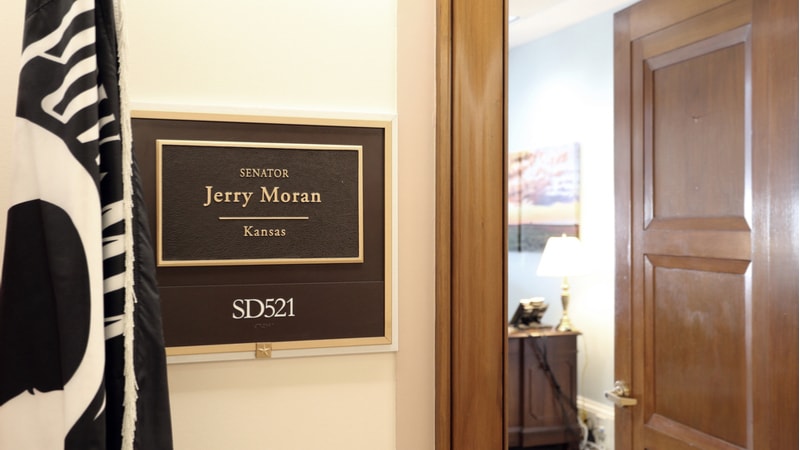 Sen. Jerry Moran, R-Kan., highlighted the benefits of broadband services for rural areas, and with Democratic control of the House coming in January, offered an optimistic view on the prospects of bipartisan broadband expansion legislation.

“Many of us look for issues where we can find common ground and bipartisanship. They’re too rare, but this is an example where there is broad support from Republicans, Democrats, House, Senate, and the Trump Administration. The deployment of broadband across the country is something that does bring us together, and it makes it an enjoyable issue to work on,” said Moran on Wednesday during Bloomberg’s Next.2018 event.

The senator made it clear that broadband access in rural areas needs to be a priority.

“I would dissuade people from thinking that rural America or agriculture is backwards. Technology is hugely important in today’s rural communities, particularly in agriculture. The access to broadband means that the devices on every tractor and every combine will work. It determines whether or not we efficiently apply chemicals and water. There is just nothing that is remotely aged about agriculture,” the senator said.

Moran, who is chairman of the Senate Commerce Subcommittee on Consumer Protection, Product Safety, Insurance, and Data Security, talked about the balance between government and industry that he looks for in efforts to expand access to broadband expansion.

Moran also highlighted the funding behind the two major rural broadband programs, the Universal Service Fund administered by the Federal Communications Commission (FCC), and the Rural Utilities Service within the Department of Agriculture (USDA).

“As an example of bipartisanship, there is $600 million dollars in the 2018 omnibus. Resting in the appropriations bill is another $425 million dollars for assistance in broadband deployment in places that are difficult to serve, but none of that will be valuable in the right place.”

The senator offered his criticism of what he called problems with the FCC’s map of broadband availability.

“It strikes me wrong that government’s solution to a problem is to create a map that they admit is flawed, and then tell people to go spend money, time, and effort to fix that map. I don’t know how we get that map right in the first place, but it doesn’t seem to me the place we should start is ‘well we know it’s wrong, but you spend your money and effort,’” he said. He pointed to efforts by the State of Kansas and the Kansas Farm Bureau to conduct speed tests to determine accuracy, and “the answer is that [the map] doesn’t come close to reflecting reality.”

With a new Congress coming and infrastructure issues on the Trump administration’s list of priorities, an infrastructure bill might be an opportunity to take broadband expansion even further.

“The President highlighted, after the election with a Democrat majority in the House, that infrastructure would be a place that he could see a coming together. I would say that I’ve been pleased, and perhaps surprised, by the conversations that have occurred,” said Moran. “My view is, if we can get to an infrastructure bill, there’s no doubt in my mind that it would include significant investments in technology infrastructure.”