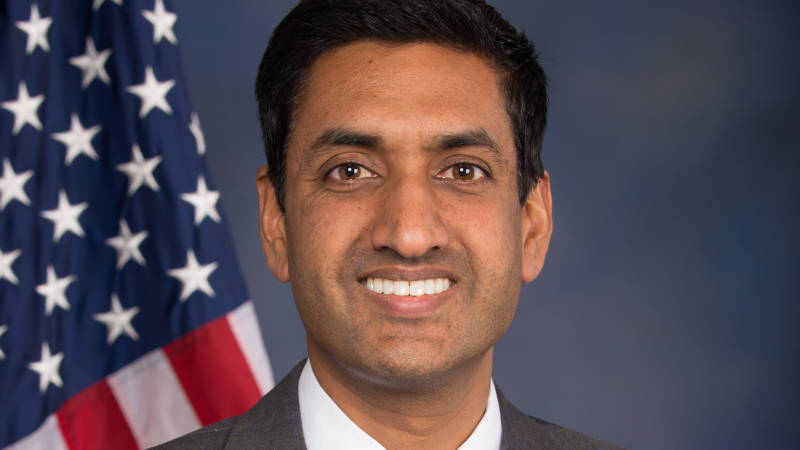 Rep. Ro Khanna, D-Calif., said he is eyeing the post-midterm election “lame duck” period for further movement through Congress of his 21st Century Integrated Digital Experience Act (IDEA) bill that would empower Federal agency CTOs and CIOs to modernize and improve their websites and citizen services.

“The bill idea was very simple. We already had legislation that required agencies to move towards the cloud, and required there to be mobile access. This bill takes a lot of the Office of Management and Budget directives and codifies them into law,” he said Tuesday at Government Executive’s Customer Experience Summit 2018.

Khanna described the four key pillars of the bill as user-friendly websites, access for digital transactions, e-signature usage, and security standards. He said Federal government’s generally slow speed of acquisition and pace of change compared to the private sector “is why one of the things the bill does is give more authority to the CTO or CIO within an agency to be able to implement.”

Khanna noted that the bill has already been approved by both the House Oversight and Government Reform and Senate Homeland Security and Governmental Affairs committees, and thanked Sen. Rob Portman, R-Ohio, Rep. Will Hurd, R-Tex., and Matt Lira, special assistant to the President for Innovation Policy and Initiatives, for helping to push the legislation forward.

“The initiatives have been there in a bipartisan basis, in the Obama administration and the Trump administration. Our hope is by codifying this into law, it will spur the agencies to make it a priority and for us to start seeing implementation of a lot of OMB directives that haven’t been fully implemented,” he said.

He explained that while the bill does not include funding or specify performance metrics, the broad scope of the bill was intentional.

“The bill doesn’t take a prescriptive approach,” said Khanna. “We largely left that discretion up to agencies because different agencies are going to have different needs of what to prioritize.”

If the bill were to pass in the upcoming lame-duck session, Khanna said its provisions would kick in for FY 2020, and the success of the bill would be measured by the self-reported progress of agencies from CTOs and CIOs to OMB.

“Largely, it’s with the view that most people in these agencies want to modernize websites and offer these tools. They don’t need to be penalized into doing it. They just need to understand what the clear goals are and have the authority to prioritize those goals,” said Khanna.

Elsewhere in his remarks, Khanna offered his support for more high-speed internet connectivity in the U.S., and called for greater investments into initiatives that increase access to technology.

“If you look at one of the most successful acts that Congress has ever passed, it was the Morrill Land Grants in the 1860s under Lincoln. The land grants made college accessible to everyone,” Khanna explained. “We need a Morrill Land Grant for the 21st century. I believe we need to be providing institutions with grants to help prepare communities for a technology future.”