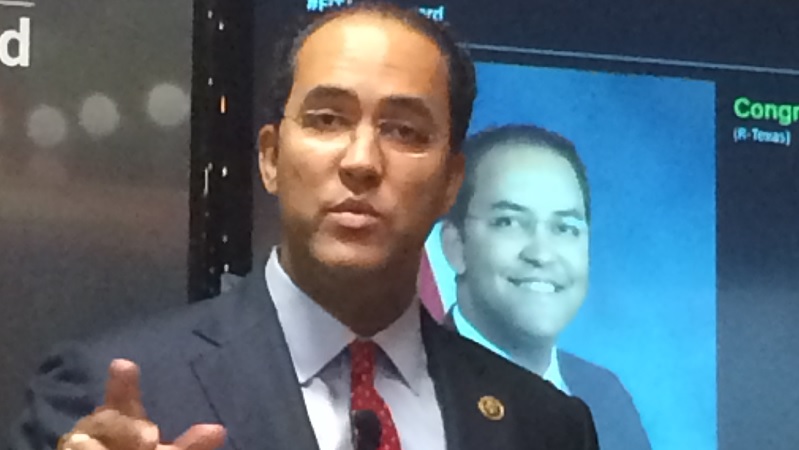 Rep. Will Hurd, R-Texas, said the committee likely will issue updates to its scorecards twice a year and may find more criteria to measure the progress of agencies.

The committee issued F and D letter grades to 17 agencies in November because of missed opportunities to cut costs and meet other benchmarks. The committee measured the progress agencies are making on data center consolidation, IT portfolio review savings, incremental development, and risk assessment transparency.

The scorecards – alternately embraced and reviled by agencies – are “a good first start,” the congressman said at an event hosted by NextGov to discuss FITARA. “We’re looking to possibly expand.”

In addition to increasing the frequency of the scorecards, the committee could add new measures that help Congress more closely scrutinize efforts by agencies to implement FITARA, Hurd said.

The committee’s initial scorecard relied on data that agencies report to Congress and to the Governmental Accountability Office (GAO).

“There (were) no subjective decisions made on what we were reviewing,” Hurd said.

Rich Beutel, co-author of FITARA, said the proposed changes in how Congress measures efforts by agencies to implement the IT acquisition law, signed last Dec. 19 by President Obama, make sense.

“The key takeaway there is the continuation of congressional interest and oversight so that this doesn’t go down the drain like Clinger-Cohen did,” Beutel said.

If it expands the scope of the scorecards by adding new measures, the House Oversight and Government Reform Committee could ask agencies to submit data that helps determine how effective chief information officers are, for instance, Beutel said.

“The initial four (measurement criteria) were very important,” he said. “They were necessary but not sufficient, and they were largely based on what data sets GAO could obtain quickly and efficiently in terms of self-reported data by the agencies. What they did not encompass were the more intangibles, which are harder to measure, such as the scope and efficacy of CIO empowerment. And that’s going to be challenging because how do you measure something like empowerment?”

Hurd also endorsed greater use of cloud computing among Federal agencies as a way of reducing the Federal government’s estimated $80 billion in IT spending–a key goal of FITARA.

“We have a cloud-first policy,” the congressman said. “The cloud is not new technology. Why aren’t we moving forward? Because there are folks within some of the agencies that say it’s not very secure. I’ll take the cloud over some of these agencies.”

Hurd said agencies that save money by cutting expenditures in IT infrastructure should be allowed to keep that money so they can reinvest the funds.