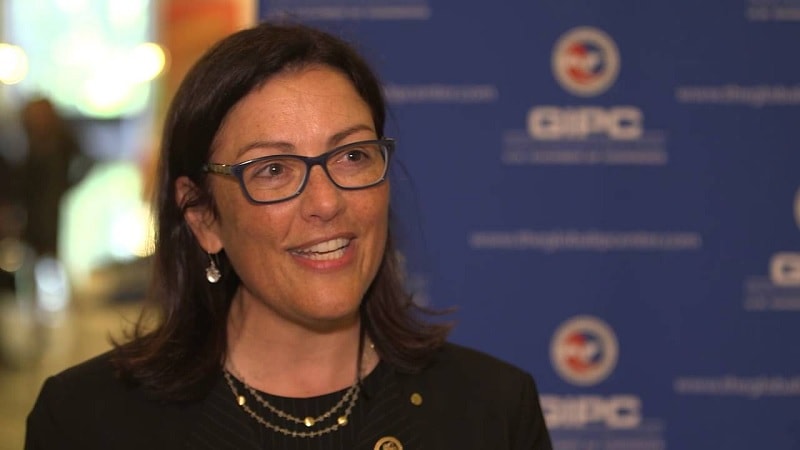 During her keynote address at Monday’s Center for Strategic and International Studies event, Rep. Suzan DelBene, D-Wash., urged the U.S. government to increase its global engagement when it comes to tech–saying that was the only way to maintain U.S. technological leadership. With that in mind, DelBene offered a series of steps Congress can take to maintain U.S. global leadership.

DelBene, who worked in the tech sector before joining Congress, said it is “important that we reassert ourselves on the world stage and make sure that we are helping shape global digital governance.”

She asserted that the Trump Administration’s view on global engagement is flawed and inhibits the country’s ability to achieve foreign policy goals “that advance American values and ideals–including a free and open internet.”

DelBene said the country needs to “realize that if we don’t take a leadership role in promoting the rules-based international order–including a global digital framework, we risk ceding this opportunity to our competitors.”

She seemed to have one main competitor in mind during her speech–China.

“China is aggressively working to export its governance model to other countries, and in the digital space that is manifested in its ‘digital silk road,’” she said.

Specifically, she pointed to China’s involvement in developing and burgeoning economies in Africa and Asia. She further lamented that while the United States has undertaken only modest initiatives in Africa, “the scale of these initiatives is nowhere close to that of the Chinese.” Additionally, the country’s involvement in Asia has been hampered by President Trump withdrawing from the Trans-Pacific Partnership (TPP).

While she acknowledged that other countries are moving forward with the TPP, she said: “its provisions aren’t as meaningful without the U.S. at the center of it to provide a counterbalance to China.” DelBene further argued that without the United States acting as a leader in emerging economies in Africa and Asia, “China will continue to extend its reach and put us at a strategic and economic disadvantage.”

DelBene then turned her focus to the EU’s General Data Privacy Regulation (GDPR), calling it “one of the most significant developments in digital governance.”

“Since GDPR has gone into effect, the Europeans have not been shy about their desire to have GDPR set the global standard for data protection,” she said. “While I applaud the EU for taking the necessary steps to address these important issues, I do have some concerns with GDPR. Specifically, my biggest concern is its effect on small businesses and entrepreneurs.”

She argued that while large companies can “hire armies of lawyers and technocrats” to ensure they are in compliance with all regulations, small businesses lack those resources.

“The natural question now is how do we move forward,” she said. “[T[here are certain basic steps we need to take that address past problems and establish a framework to address future challenges.”

DelBene introduced legislation in the previous Congress that she said would “help people by ensuring all users are presented with companies’ privacy policies in ‘plain English.’ The bill would also require companies to allow users to ‘opt-in’ before companies can use consumers’ most sensitive private information in ways the public might not expect.”

“I am worried that the inclusion of China in these talks could open the door to obstruction and a weakened agreement since their current digital regime is so radically different from our own,” she said. “Instead, we should be working with like-minded countries to create a high-standard agreement and then work to bring other countries into the fold.”

Finally, she wants the United States to rethink technical assistance and financing.

“[W]e need to recognize that in order to truly address digital governance issues–we need to go beyond rules and standards,” she said. “We need to be more active in providing technical assistance and trade capacity building to help developing countries build a digital infrastructure that is more in line with our own–not China’s. But at the moment, we aren’t doing this.”

She explained that the United States doesn’t have a “functioning” Export-Import Bank to assist in financing the purchase of American technology.

“If we are able to secure an ambitious, high-standard e-commerce agreement at the WTO, we have to be willing to provide developing countries with the resources they need to eventually join the agreement,” she said. “This is in both our strategic and economic interests.”

She concluded by saying “While there no doubt that we have some serious challenges that need to be addressed, I believe that we are up to the task.”