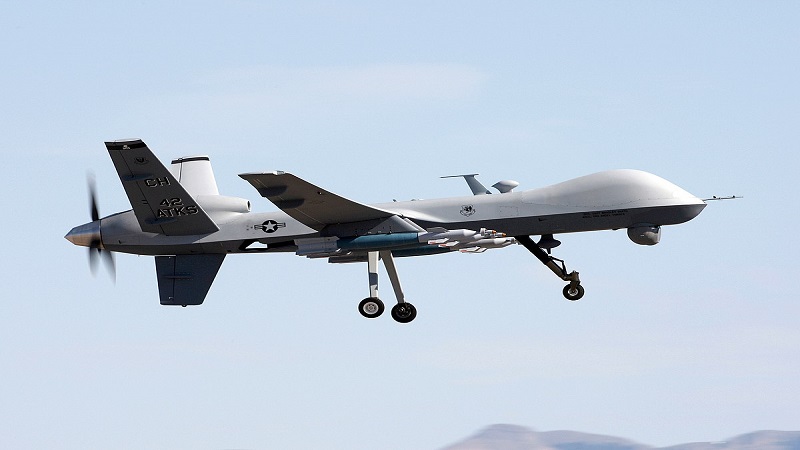 Remotely operating an unmanned vehicle (UxV) has often been compared to playing a video game. But while there is a lot more to it than that, the military has found that games do have value in helping them identify potential recruits who have the abilities needed for drone piloting. New programs by the Navy and Air Force are reinforcing the idea that specifically tailored gaming systems can reveal the cognitive skills and personality traits necessary to operate their growing ranks of UxVs.

The Office of Naval Research (ONR) is sponsoring the development of a game called StealthAdapt, which will look beyond game scores by giving players a range of activities closer to those of actual UxV operators and measuring how well they handle it.

“The Navy currently doesn’t have a test like this to predict who might excel as UxV operators,” Lt. Cmdr. Peter Walker, a program officer in ONR’s Warfighter Performance Department, said in a release. “This fast-paced, realistic computer simulation of UxV missions could be an effective recruitment tool.”

Being developed by the Naval Aerospace Medical Institute and software company Adaptive Immersion Technologies, StealthAdapt includes personality and biographical history assessments along with a cognitive test that takes the form of a search-and-rescue mission. In the game, players have a set time in which to rescue as many friendly forces as possible while dealing with a host of complicating factors, including avoiding enemy fire, memorizing authentication codes that identify who to rescue, monitoring chat communications, keeping track of fuel and battery power, decoding encrypted information, and maintaining situational awareness of everything going on around them. Players complete several five to 10-minute missions in an hour, amid changing weather conditions over different terrains, with occasional communications breakdowns and a fluctuating cast of friendlies and enemies.

“We’re trying to see how well players respond under pressure, which is critical for success as an unmanned operator,” Dr. Phillip Mangos, president and chief scientist at Adaptive Immersion, said in the ONR release. “We’re looking for attention to detail, the ability to multitask and prioritize, and a talent for strategic planning—thinking 10 moves ahead of your adversary.”

The Air Force is taking a similar approach with a game intended for high schoolers that would measure factors such as their critical, creative, and collaborative abilities. The game, which the Air Force expects to release this summer, won’t collect any personal information from players, but will only keep track of their IP addresses. The Air Force could then send a recruiting pitch to the addresses of promising performers.

Like the Navy, the Air Force will be looking at what the games can reveal about personalities. “I can tell if you’re empathetic. I can tell if you cheat. I can tell if you cut corners [or] if you’re morally courageous under pressure, or if you save your own skin,” Lt. Gen. Steven Kwast, head of Air Education and Training Command, said recently in Washington, D.C., as reported by Military.com.

The military has long used simulations for training, whether for teaching pilots how to operate a cockpit to the Army’s Synthetic Training Environment, which can combine simulations with physical forces at multiple locations in live-fire exercises. Simulations are an effective way to enhance training while saving the expense of full military exercises. Using games as a recruitment tool is an extension of that. They’re essentially aptitude tests for the digital age.

The Pentagon, for instance, has used the Armed Services Vocational Aptitude Battery (ASVAB) to assess potential recruits. Introduced in 1968, the ASVAB was adopted by all branches of service in 1976, and was revised in 2002. The ASVAB can be administered on computers or on paper, and it covers areas ranging from general science and mathematics to electronic information and assembling objects.

Computer-based games bring that kind of approach up to date. The Navy, for example, has used cryptology games as a way to attract potential military code breakers. The U.S. military also has taken its specially designed games to gamer fairs, reportedly in an attempt to recruit Predator pilots. In principle, the games aren’t that far off from the detailed simulations the Air Force uses to train drone pilots.