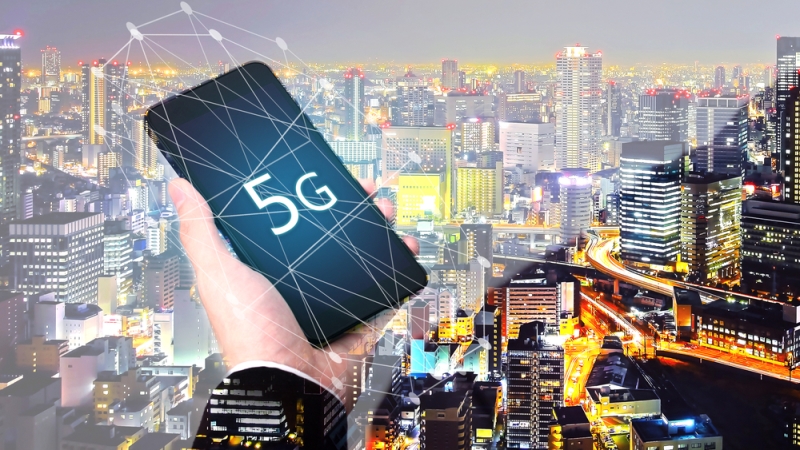 The national security community of the United States has found itself in a conundrum in the last few years, warning other countries about the risks of the China-based company Huawei, but unable to provide an American alternative for 5G networks.

“One doesn’t need to be a telecommunications expert to understand that moving away from closed proprietary solutions will create an opportunity for a new supply chain ecosystem to flourish,” said Rep. Doris Matsui, D-Calif., a co-chair of the Congressional High-Tech Caucus. Rep. Greg Walden, R-Ore., the House Energy and Commerce Committee’s ranking member, also prepared remarks in a video supporting Open RAN, which were used as a keynote prior to a panel that sought to explain what is meant by the phrase.

“Open RAN is not a technology, it’s a guiding principle of opening interfaces and widening the supply chain,” said John Baker, senior vice president of business development at the Texas-based software company Mavenir. “What’s happening is you’re taking a piece of an existing network that was done in hardware and your converting it to software,” he explained.

The RAN consists of cell sites and their subcomponents of software, radios, and hardware. Historically, all the subcomponents in the RAN space have been owned by a single proprietary user. Huawei, Sweden-based Ericsson, and Finland-based Nokia have been the three major vendors in the RAN space, according to a 2018 study from the Center of Strategic & International Studies (CSIS).

Those promoting Open RAN, like the big tech companies in the Open RAN Policy Coalition, say they want to be able to diversify the component elements in the RAN to drive innovation and competition as the next generations of wireless networks are deployed and the RAN becomes a more vital element in the communications ecosystem.

“We have trials on pretty much every continent globally,” said Baker, during the panel. Baker’s statement supported comments made in Rep. Matsui’s keynote that trials were taking place in Japan, Brazil, India, the United Kingdom, and Germany, who said last week that an Open RAN pilot project is taking place in Berlin. With Open RAN standards, Baker said “the operators will make a choice whether they have one supplier or 10 suppliers.”

Even Nokia, one of the major players in the RAN space, has joined the Open RAN Policy Coalition.

“It made a lot of sense for us to join the coalition and make sure that policy makers didn’t think they were really making a choice between incumbent vendors, who were working to deploy 5G networks now and the future,” said Brian Hendricks, vice president of policy and public affairs, Nokia Americas, during the August 4 event. “We fundamentally support and are working to implement the mission and the vision here,” he said.

While Hendricks said he anticipates Chinese vendors to start adapting to participate in the Open RAN space, the diplomacy on the matter has now changed.

“We’ve long since moved past the hard diplomacy stage where the U.S. has expressed concerns to a lot of countries around the world about high risk vendors,” Hendricks said. “I think now the message needs to be, ‘and by the way, you don’t have to.’”

At an event last month, Sen. Mark Warner, D-Va., said that more funding for Open RAN sends the message that there will be an alternative to Huawei.

A provision backed by Sen. Warner to increase funding for R&D for Open RAN technologies is in the Senate’s National Defense Authorization Act legislation approved earlier this month. The provision also allocates funding towards collaborating with international partners to promote open standards. Sen. Warner called for more financial resources for the provision during the event last month. A group of House members, including Reps. Matsui and Walden, introduced similar legislation earlier this year.