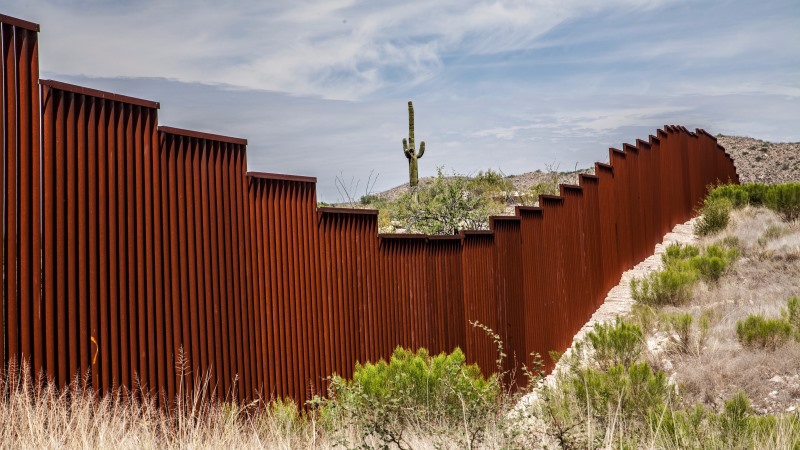 Editor’s Note: This story has been updated to reflect that the bill was introduced.

Rep. Will Hurd, R-Texas, introduced a bill Thursday morning that offers a plan to build a “smart” wall along the southern border of the United States, according to a press release from Hurd’s office.

Hurd teamed up with Palmer Luckey, Silicon Valley and virtual reality entrepreneur, on the idea for the smart wall. The Secure Miles with All Resources and Technology Act, or SMART Act, comes from Hurd, who represents a district that sits along 800 miles of the border of Texas.

The wall would cost on the high side a solution of $500,000 per mile, which is under the $24.5 million per mile price tag of the government’s fiscal year 2018 wall money request, according to estimates from Anduril Industries, a Silicon Valley-based defense technology company founded by Luckey, who also founded Oculus VR.

“This is why I get frustrated with all this talk about a wall, because $24.5 million a mile, that’s a lot of money. You can deploy a lot of off-the-shelf technology to do what I just described for half a million dollars a mile,” said Hurd. “That’s where we’re trying to go with this idea of a smart wall that leverages technology to make sure the men and women of Border Patrol are doing their thing.”

U.S. Customs and Border Patrol officials, who testified before the House Subcommittee on Border and Maritime Security on July 25, spoke to the need for detection technologies that can communicate with each other and that include automated reports to the agents and offices that need them.

“My tech scenario would be having the right mixture, based on the threat, having the right mixture of technology–and we can’t do it alone, no piece of technology has ever made an apprehension–that informs and talks to all the other component pieces that we have within CBP,” said Scott A. Luck, acting deputy chief of the U.S. Border Patrol. “We have systems out there that are stand-alone systems that we need…to have speak to one another.”

Hurd’s bill would require the Department of Homeland Security to figure out a technological solution first and come up with a complete strategy before moving forward.

“With limited resources for technology on the border it’s important that Customs and Border get it right when it comes to procuring, testing, and deploying technology along the border,” said Correa.