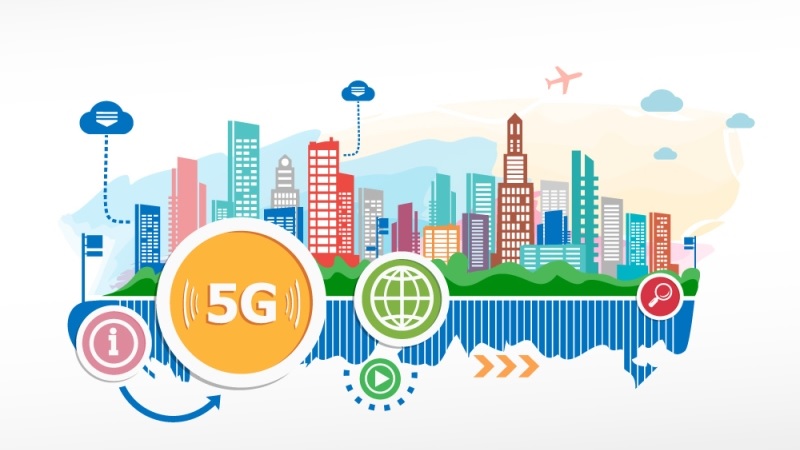 FCC chairman Tom Wheeler expects everything to end up on the Internet of the future, and, as a result, is advocating a policy that will open up larger swaths of broadband spectrum to create a 5G network.

“The interconnected world of the future will be the result of decisions we must make today,” Wheeler told the National Press Club on Monday afternoon. “And that is why 5G is a national priority, and why this Thursday I am circulating to my colleagues proposed new rules that will identify and will open the vast amount of application for 5G applications.”

These new rules, which would enable broadband companies to use high-frequency spectrums to deploy faster 5G systems, will be voted on by July 14.

“If the commission approves my proposal next month, the United States will be the first country in the world to open up spectrum for 5G networks and applications. And that’s damned important,” Wheeler said. “These bands, the high bands, will offer huge swaths of spectrum for superfast data rates with low latency, and are now becoming unlocked because of technological advances in computing and antennas.”

According to Wheeler, Verizon and AT&T plan on deploying 5G trials in 2017, and 5G networks will be commercially available by 2020. In fact, the broadband market is abuzz with the likelihood of Verizon’s rapid push for 5G, and the potential implications for the industry as a whole. Wheeler emphasized that policy had to follow the trends of the technology in order to let the technology and innovation associated with it grow in unexpected ways.

“Yes, 5G will connect the Internet of everything. If something can be connected, it will be connected in the 5G world,” Wheeler said. “You can be sure of only one thing: the biggest Internet of Things application has yet to be imagined.”

The chairman imagined the potential that could be unlocked if, say, a world-class surgeon were able to virtually participate in a surgery at any hospital from their own surgical suite. The speed and lack of delay needed for such a capability necessitates 5G Internet access.

These advancements come with greater investments and challenges, such as the limitations of the high-frequency spectrum, and the tools needed to bring this technology to more isolated, rural areas.

“The 5G buildout is going to be very infrastructure-intensive, requiring massive deployment of small cells,” Wheeler said. Even so, he made it clear that the potential offered by 5G, though unpredictable, would enable a massive burst of innovation in the United States.

“The main value of 5G, by orders of magnitude, will be in consumption rather than production. It will be in material gains and improvements in the quality of life and opportunity,” he said. “You ain’t seen nothing yet.”