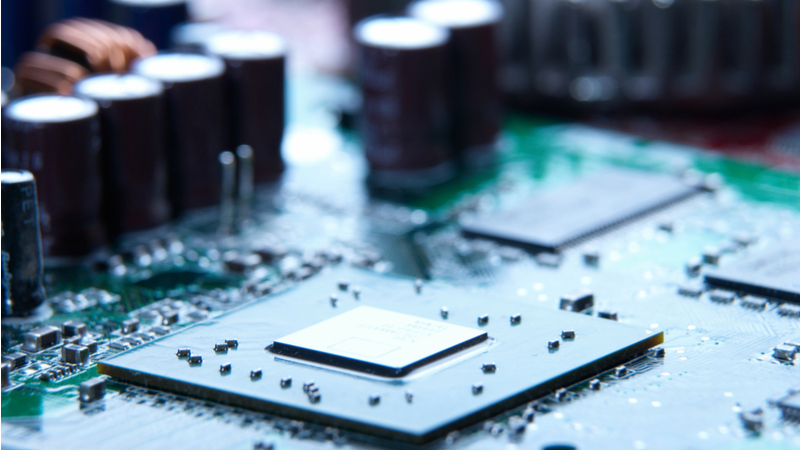 The accelerating cycle of technological advancements is reaching down into even small components that traditionally operated on low power and computational capacity, while performing a narrow, specific function.

The Defense Microelectronics Activity (DMEA), for example, is underway on a maximum 10-year, $8 billion project to upgrade Department of Defense (DoD) microelectronics with advanced technologies, and recently added $800 million and five small businesses to the deal. The goal of the project is to meet DoD requirements for “quick reaction capability,” according to the contract announcement, but it also underscores the growing convergence of embedded microelectronics, new technologies, and the military’s version of the Internet of Things (IoT).

The microelectronics (such as pressure sensors, accelerometers, transistors, and semiconductors) in weapons and other systems have often been state-of-the-art components that were expensive to develop and time-consuming to field. But they also tend to last longer than commercial components. It wasn’t quite set-it-and-forget-it, but it was about as close as you could get with high-grade electronics.

But the increased pace of innovation in the commercial sector and the move toward adding processing power and other features to IoT devices is, prompting DMEA–and DoD in general–to keep up.

The upgrades coincide with other DoD efforts to bring microelectronics up to speed with a fast-changing technology landscape. The Defense Advanced Research Projects Agency (DARPA), for instance, recently launched a five-year, $200 million project with a consortium of about a dozen industry collaborators and researchers from more than 30 U.S. universities to tackle the challenges in the coming wave of microelectronics–which include adding autonomous and cognitive functions for small, embedded, IoT components.

The focus areas of the Joint University Microelectronics Program (JUMP) include those targeting cognitive, autonomous intelligent systems; a new cellular infrastructure that can support autonomous vehicles and intelligent highways; an intelligent network for tying IoT devices to the cloud; and ways to break through the “memory wall” between computer system memory and storage that hinders the use of big data for technical discovery. JUMP centers also are working to develop a modular, shared approach to hardware and software that enables faster development, and ways to speed up data transfers and lower energy use for nanotechnology systems.

DARPA expects that new technologies developed under the program will also apply in the commercial world, something reflected in its funding, with 40 percent coming from the agency and the other 60 percent from industry participants. The IoT’s engulfing presence–in everything from cars and home appliances to health care monitors, wearables, and security systems–is mirrored within DoD, where microelectronics abound not just in weapons systems but in surveillance, communications, and monitoring devices.

The emphasis on ongoing development of products also seems to be part of DoD’s recent announcements that it is splitting up its acquisition office into two parts–one to focus on acquisition and sustainment, the other on research and engineering. DMEA will fall under the R&E office, along with DARPA, the Defense Innovation Unit Experimental, the Strategic Capabilities Office, and other technology-focused offices.