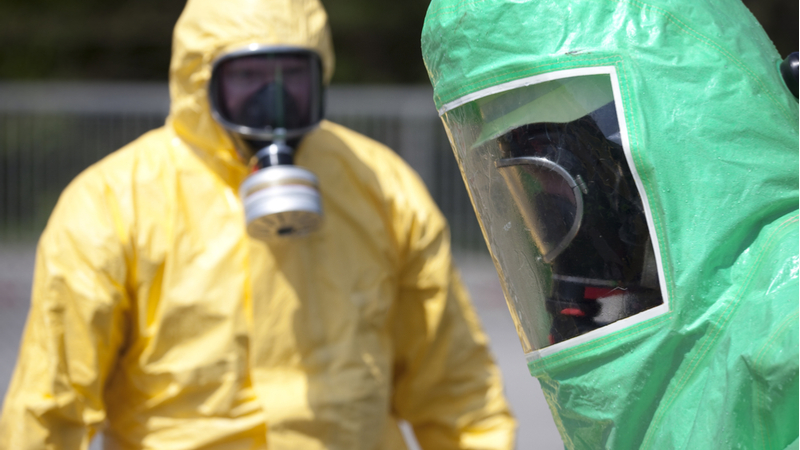 In December 2013, a two-year-old boy named Emile in the West African country of Guinea contracted the deadly Ebola virus from a bat, a case that was not officially confirmed and reported until March 2014, by which time it had started to spread. An international response followed and by January 2016, the World Health Organization (WHO) declared the last of the affected countries to be Ebola-free. But by that time it had spread to six countries, mostly concentrated in Liberia, Sierra Leone, and Guinea, and resulted in more than 11,300 deaths–the deadliest outbreak of Ebola since its discovery in 1976. An independent panel of health experts subsequently deemed the response too slow and too often ineffective, resulting in “needless suffering and death.”

Part of the problem with the response is that it was, unavoidably, reactive. The disease struck in a remote area of a poor country rife with animal species capable of carrying a zoonotic (transmitted between animals and humans) disease, and had spread quickly before aid organizations could get a handle on it. One recommendation from the independent health panel was that WHO create a plan for quicker response, but health researchers also are looking to become more proactive, by using machine learning to identify potential hot spots and even predict future outbreaks.

The Department of Defense is among the organizations leading the research. Pandemic threats such as Ebola, Zika, and avian flu are not only a danger to public health, but are also viewed as potential national security threats, as the National Intelligence Council, an arm of the Director of National Intelligence, points out in its 2017 report, Global Trends: Paradox of Progress.

The Defense Threat Reduction Agency (DTRA), along with the Department of Homeland Security, has developed a cloud-based Biosurveillance Ecosystem (BSVE) that uses machine learning and natural-language processing to scour a wide range of sources to identify signs of spreading disease, DTRA’s Dr. Christopher M. Kiley said in a release.

DTRA also is funding an international effort to use machine learning to parse social media for early signs of an outbreak. On another front, a National Institutes of Health program is working on prevention, employing machine learning to identify compounds that could prevent the growth of the Ebola virus.

Defense efforts are working in parallel with other research, such as that being done by the non-profit Cary Institute of Ecosystem Studies, which has focused on the recent Ebola outbreak and is using machine learning to predict which species–in this case, bats–are most likely to carry the disease. The research team’s machine learning model created profiles of bat species, analyzed 57 different variables in behavior and predicted which bats were potential carriers with 87 percent accuracy.

“Using machine learning methods developed for artificial intelligence, we were able to bring together data from ecology, biogeography, and public health to identify bat species with a high probability of harboring Ebola and other filoviruses,” said Barbara Han, a disease ecologist at Cary and the lead author of a paper on the team’s research.