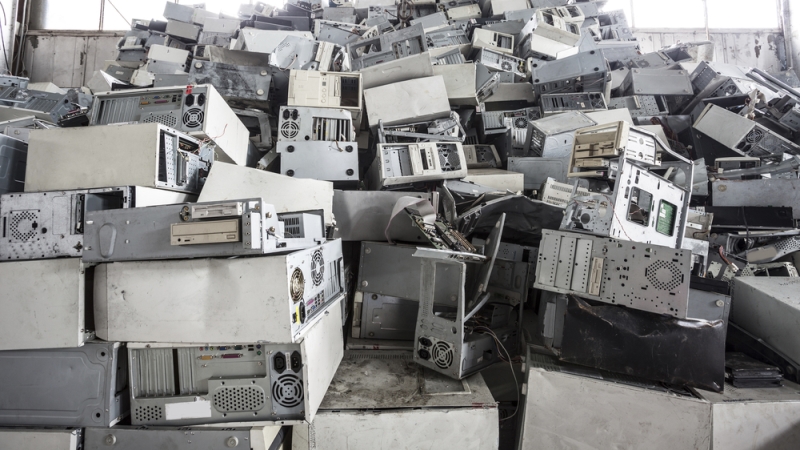 Federal spending on contractor-supplied IT products and services will decline slightly from $99.8 billion in fiscal year (FY) 2016 to $98.3 billion in FY 2021, according to a recent report from Deltek.

Deltek assessed a wide swath of Federal agencies for this report. Deniece Peterson, director of Federal Market Analysis at Deltek and one of the report’s authors, said that she and her team defined Federal IT players not only as those agencies that report to the Office of Management and Budget (OMB), but also as legislative and judicial branches and entities that use embedded IT, such as the Department of Defense (DoD). The report is published every year and specifically focuses on funding pools pertinent to Federal contractors.

Peterson said that agencies will have to incrementally decrease costs in other areas in order to devote money to IT. She mentioned Rep. Will Hurd’s, R-Texas, Move IT bill, which will allow for repurposing of IT funds within agencies.

“The indications are that agencies are going to cut costs somewhere,” Peterson said. “The new norm is to cut cost. The outcome of that disparity hopefully opens up funding for modernization.”

However, not all tech experts agreed with Deltek’s claim on the $1.5 billion decrease in Federal IT spending in the coming years.

Beutel said that Federal IT spending will probably increase before it decreases because the process of transitioning away from outdated technology requires a great deal of time and money. As of right now, many Federal government agencies use outdated technology and spend most of their money on maintaining it. Beutel cited a Government Accountability Office (GAO) report released in May on the need for Federal agencies to address aging technology. The report states that 5,233 of the government’s approximately 7,000 IT investments are devoted to operations and maintenance of existing technology. According to the report, some agencies use systems that are more than 50 years old.

While transitioning to the cloud would save money in the long run, Beutel said that many agencies are still far away from that step. He said that, before agencies begin the long process of shifting to the cloud, they must first have updated technology allowing them to do so. According to Beutel, these updates demand a “big chunk of money.” He used the example of a friend who worked at the Office of Personnel Management. The friend reported that the agency’s computers were so old they could not begin moving to the cloud yet. Beutel compared the transition to revitalizing an old car that needed to be furnished with three new generations of motors.

“I call them fossil computers,” Beutel said. “They’ve got to get off that stuff because you can’t protect it.”

Mike Hettinger, managing principal at Hettinger Strategy Group, works with Beutel and said he agrees with him. He also said that pieces of legislation, even those that move to modernize IT and save money in the long run, require funds to mobilize.

“[That kind of legislation] doesn’t decrease spending; it actually increases spending,” Hettinger said. “I don’t think there’s any indication that spending is going to decrease.”

The incoming administration in January will affect how money is spent on modernizing IT. Peterson said Federal IT funding will probably remain stable because the allotment makes up a small portion of the overall budget. She said that, if the future president enacts drastic IT policy change, that change would likely not appear until FY 2019, as the budget for FY 2018 has already been established.

Peterson said if Hillary Clinton becomes president, her new policy would likely build on the work of President Barack Obama. She is less certain of what IT policy would look like under a President Donald Trump.

“It’s not that easy because we haven’t seen a lot of details from Trump on a lot of things,” Peterson said. “Clinton looks in line with Obama. With Trump, it’s very high-level and broad. With Trump, it could be anything.”