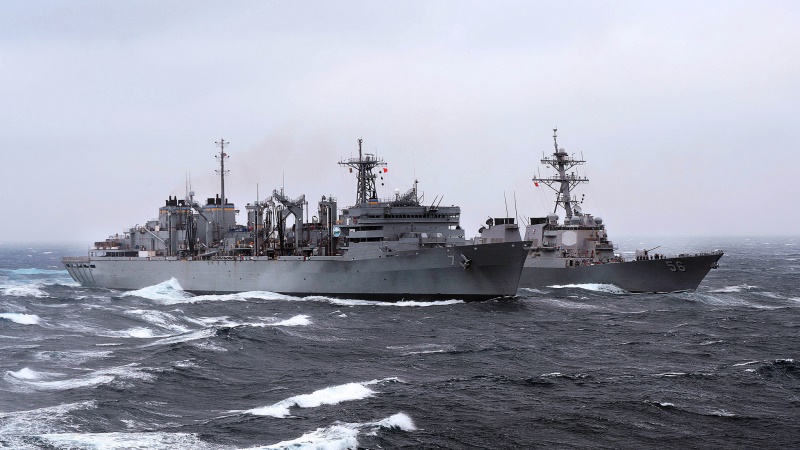 For the Navy to gain the most insights from its operational pause day, fleets could use data analytics to make faster, more informed decisions.

Adm. John Richardson, chief of naval operations, ordered an operational pause across the U.S. Navy, following the Aug. 21 collision of the USS John S. McCain with an oil tanker near Singapore. Each fleet is tasked with taking one day off, as they see fit, to look into “operational tempo, performance, maintenance, equipment, and personnel.” Since each fleet has only one day to look into these potential problems, data analytics can help streamline the process.

Since the Department of Defense compiles massive amounts of data, the repositories can seem overwhelming, according to Cameron Chehreh, chief technology officer at Dell EMC Federal.

“The key to tapping this value is to ensure the information is supported, managed, and leveraged with modern infrastructure and the right tools to support a predictive analytics strategy using high-performance solutions such as converged, hyper-converged infrastructure on board ships to support more real-time analytical results to the operational commanders,” Chehreh said.

The Navy could use hyperconverged platform with Internet of Things (IoT) sensors and analytics applications to allow for the leadership to look at the telemetry data from the ships in close to real time and determine their conditions during combat operations. For example, the Navy might detect the need to refuel or adjust equipment before problems arise, preventing any technical difficulties, inefficiencies or failures, according to Chehreh.

It’s also important for the data analytics platform to enable the Navy to visualize different aspects of the data, according to Cloudera.

“To fully realize the benefits of an operational pause day, it’s important for the Navy to bring all their data onto one modern platform, giving them complete visibility into the information they seek–whether it be human capital records, training and certification of forward-deployed forces, maintenance records or any other area of operations being reviewed by the fleet,” said Christine Kerns, Cloudera’s DoD practice director.

“Because Cloudera’s modern platform can be deployed both on premise and in the cloud, the Navy could easily expand their data analytic capacity as needed during an operational pause day giving them cost-effective scale. Cloudera also provides the flexibility to bring in more data from new sources, actively adjust models based on the Navy’s changing needs, and iteratively design for a variety of use cases as the needs of the fleet evolve over time.”

Data analytics can allow the Navy to respond quickly when it comes to performance and maintenance, tracking, problem prevention, early detection, and proactive response and mitigation, which will enhance fleet and warfighter readiness.

“It also can help establish control limits that are based upon each ship’s unique platform, mission, operational environment and tempo,” Chehreh said. “They also enhance and strengthen command and control in this environment.”

By modernizing its infrastructure, the Navy would be able to use several other cloud-based applications other than data analytics tools to help with its warfighting capabilities.

“Moving to a converged or hyper-converged architecture is a useful step in modernizing infrastructure and digitally transforming heritage platforms such as ships, planes, and ground combat vehicles,” Chehreh said. “Organizations, such as the Navy, can then implement a data lake, allowing for consolidation of previously siloed data repositories into a scalable, cloud-ready, software-defined data warehouse.”