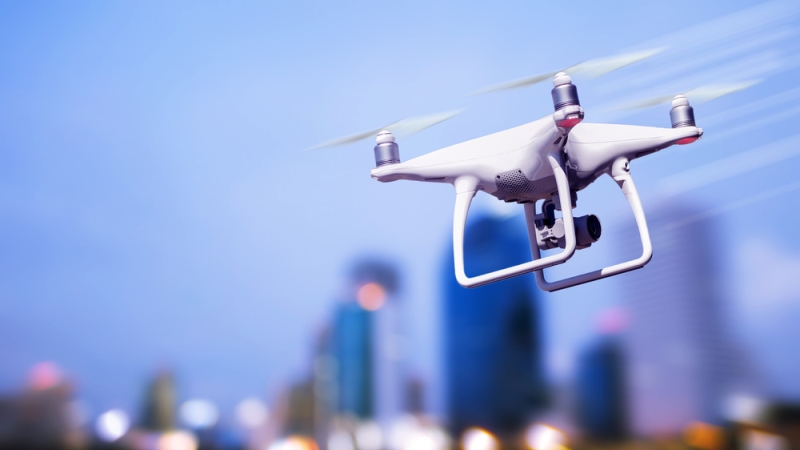 The Pentagon’s vision of future warfare involves teams of small autonomous and semi-autonomous unmanned vehicles–in the air, on the ground, and in the water–operating in coordinated swarms to support troops on the battlefield. The military services have already held several successful tests of limited drone swarms, but before they get to a full-on unmanned mission worthy of a Richard Wagner soundtrack, they need to develop a few key pieces of technology.

DoD has used small drones for years for surveillance and other missions, and unmanned vehicles themselves have become more proficient and less expensive. But to get to the next level, swarms need the ability to better think for themselves, communicate with each other, and work in tandem with military units. “U.S. military forces currently lack the technologies to manage and interact with such swarms and the means to quickly develop and share swarm tactics suitable for application in diverse, evolving urban situations,” according to the Defense Advanced Research Projects Agency–DARPA.

DARPA is pushing development toward getting large groups of small drones to work in swarms with its multi-vendor OFFensive Swarm-Enabled Tactics–OFFSET–program, an effort to use a series of experimental “sprints” to rapidly advance technologies for unmanned swarms operating in urban areas. In February, DARPA awarded $7.2 million in contracts to Raytheon BBN, Northrop Grumman, and Lockheed Martin under the program–and last month, it added Charles River Analytics to that vehicle.

OFFSET is intended to allow swarms of up to 250 rapid-launch unmanned air and ground vehicles to adapt to circumstances and operate both autonomously and in concert with human operators. The idea is to use an open architecture and immersive, collaborative systems to support human-machine teams, incorporating technologies such as virtual and augmented reality and game theory. The program will include voice, touch, and gesture-based control with advanced swarm algorithms. DARPA plans to solicit new proposals every six months during the program, each time adding complexity and variables such as swarm size, the scale of operations, and the duration of missions.

DoD sees obvious advantages to using unmanned vehicles. They could carry out missions without putting people at risk. Further, new unmanned systems will be small and fairly inexpensive, so commanders won’t always have to fret about bringing them back.

But other nations aren’t taking this lying down. China, for one, has made significant strides in swarming, last December demonstrating a swarm of 1,100 drones flying as a single unit. Even insurgents are getting into the act, as when a group of 13 small UAVs attacked Russian troops in Syria. But the Syria attack was crude, and easily defeated–more of a loose affiliation of makeshift drones than what DoD considers a swarm. And having a thousand drones in the air is one thing, but how well they can work together, particularly in a changing scenario, is another.

The military services have made some headway in that area, but say they need to improve the process, with human-machine teaming being a focus of DoD’s Third Offset Strategy. The Office of Naval Research has demonstrated swarmboats operating in teams with other unmanned and manned vessels for harbor defense. The Army, working with partners in academia and industry, has demonstrated operations with unmanned ground vehicles and helicopters.

And DoD also has tested the kind of swarming technology it hopes to perfect, with an October 2016 demonstration of 103 Perdix micro-drones–about 6.5 inches long with a wingspan of almost a foot–that were dropped from three F/A-18 Super Hornets. The real goal in using the Perdix drones, originally designed by Massachusetts Institute of Technology engineering students, was in the hive mentality of the swarm–how they could react to a situation, communicate, and work together.

“Perdix are not pre-programmed synchronized individuals. They are a collective organism, sharing one distributed brain for decision-making and adapting to each other like swarms in nature,” William Roper director of DOD’s Strategic Capabilities Office, said at the time. “Because every Perdix communicates and collaborates with every other Perdix, the swarm has no leader and can gracefully adapt to drones entering or exiting the team.”

The OFFSET program is looking to bring that kind of approach to operating in cities and towns. “With the technologies and tactics to be developed under OFFSET, we anticipate achieving a deeper understanding of how large numbers of increasingly autonomous air and ground robots can be leveraged to benefit urban warfighters,” said Timothy Chung, DARPA program manager. “We aim to provide the tools to quickly generate swarm tactics, evaluate those swarm tactics for effectiveness, and integrate the best swarm tactics into field operations.”