Connolly: Government IT is Make or Break for Pandemic Response 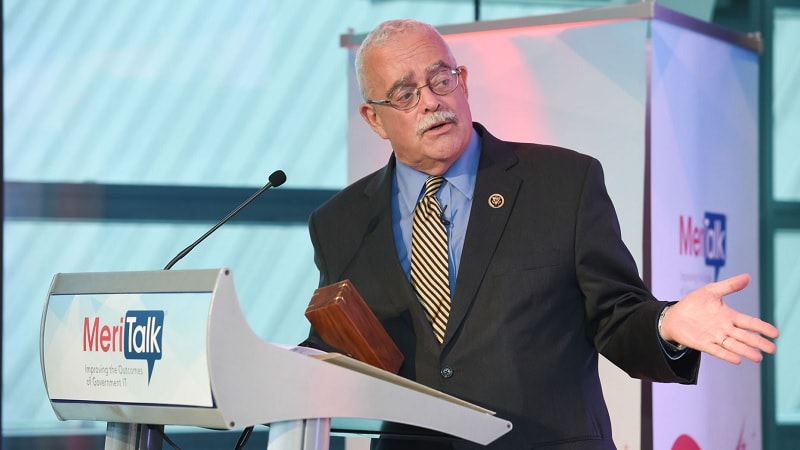 Rep. Gerry Connolly, D-Va., chairman of the House Government Operations Subcommittee and a leading voice in Congress for IT modernization, emphasized today that the effectiveness of Federal and state IT systems carries tremendous weight in government’s ability to help the nation through the coronavirus pandemic.

While the congressman offered praise for government agencies that have worked well under trying conditions to provide vital citizen services during the pandemic, he also said the COVID-19 onslaught has “exposed a fundamental weakness” in the form of legacy IT systems that government still needs to fix.

“Throughout this global health crisis, millions of Americans facing illness, unemployment, food insecurity, and an inability to pay their mortgages or rent have looked to the federal government for help,” Rep. Connolly said at a subcommittee hearing examining the continuing need for IT modernization.

“Yet despite urgent Congressional action to provide unprecedented levels of economic assistance, those in need have had their misery exacerbated by broken IT infrastructures that have prevented them from receiving timely support,” the congressman said, referring to both Federal and state agencies that have been unable to deliver unemployment and other benefits during the pandemic.

“The public policy response was there, but our IT couldn’t deliver,” Rep. Connolly said. “In other words, the fate of the world’s largest economy rises and falls with the ability of government IT systems to deliver in an emergency. And that should galvanize us all.”

On the Federal systems front, Rep. Connolly said that Congress can rightly shoulder its share of the blame for agencies not having received the proper funding and direction to modernize their systems.

The congressman asked hearing witnesses to grade Federal agency performance during the pandemic.

Referencing MeriTalk’s extensive work debriefing Federal agency CIOs during the pandemic, company founder Steve O’Keeffe said that CIOs should get an “A for effort” in working around the clock to enable telework and facilitate relief programs, while praising the work of outgoing Federal CIO Suzette Kent. He said that legacy IT systems presented challenges, and that agencies that had already made the jump to cloud-based services were more less likely to have problems.

Rep. Connolly also emphasized the problem with legacy Federal IT systems is nothing new, and pointed to legislative measures including the Modernizing Government Technology (MGT) Act and the Technology Modernization Fund (TMF) that attempt to address the modernization funding problem, but that have thus far not made big impacts. TMF, in particular, remains “chronically underfunded,” Rep. Connolly said. The HEROES Act – a piece of coronavirus relief legislation passed by the House earlier this year but which has languished in the Senate since then – would pump $1 billion into TMF.

“Modern, reliable IT is not just a nice thing to have,” he said. “Our Federal government’s consistent failure to prioritize IT modernization and program delivery prevented the public from receiving the assistance Congress authorized to help the nation weather one the worst global pandemics and economic crises of our lifetime. We can no longer afford to defer upgrades. We can no longer allow outdated and legacy technology to stymie the delivery of vital public services,” the congressman said.

“We will need to rip out, root and stem, systems that have hung around for decades because their replacement costs have been seen as prohibitively expensive. Because if doing so is a matter of being able to save the American economy from collapse, almost anything by comparison is cheap,” he said.