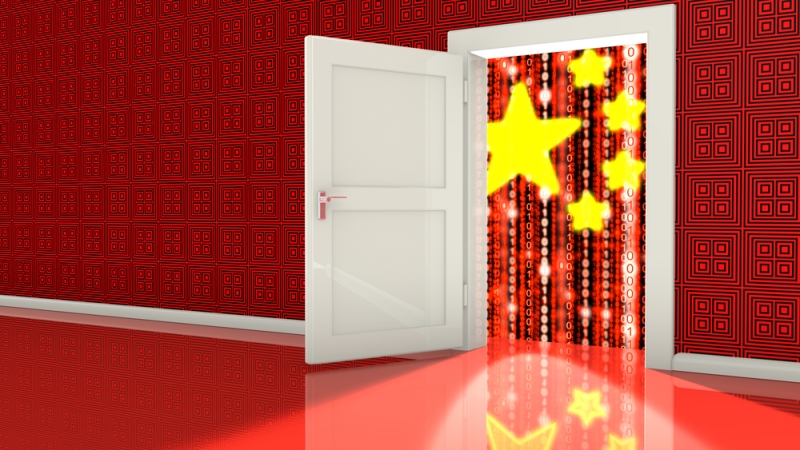 China believes that the growing predominance of information technologies could provide them with an advantage in the global market, according to Dean Cheng, senior research fellow at the Asian Studies Center of the Heritage Foundation.

“China believes that, in a sense, the global balance of power has been reset back to zero, where everyone is starting from the same starting point and China can catch up more easily,” said Cheng.

According to Robert Atkinson, president of the Information Technology and Innovation Foundation, this has also changed Chinese priorities when it comes to edging out U.S. competition, placing the advanced technologies “crown jewels” in greater danger.

“The challenge today is a little different than it’s been for the last 15 years with regard to China, said Atkinson. “The emerging challenge now is about the Chinese government enacting a suite of policies to go after U.S. leadership in our core, advanced technologies.”

According to Cheng and Atkinson, who testified in front of the House Foreign Affairs Committee on Thursday, China targets U.S. competition in high-tech fields by subsidizing their own products to drive down prices worldwide and bankrupt competition. China also uses its cyber capabilities to conduct intellectual property theft from foreign companies.

Though experts have said that an agreement between the Obama administration and Chinese government has driven down these types of attacks, Juan Andres Guerrero-Saade, a senior security researcher at Kaspersky Lab, said that many Chinese hackers will “fly in the face” of the fact that they’ve been caught stealing files, making it difficult to stop them from continuing. And members of Congress are still pressing for a tougher strategy toward Chain.

Atkinson said that the U.S. should focus on China exclusive trade restrictions, rather than sweeping trade reform that can harm allies as much as it does China.

“We have to work with our allies to inflict real pain on China, if they don’t change,” said Atkinson. “The only way that this is ever going to turn around is for the Chinese government to realize that there will be action in reaction to what they’re doing. And those actions have to impose some level of pain, if you will.”

Atkinson also criticized U.S. intelligence organizations for valuing the ability to access files themselves over disclosing major vulnerabilities to companies.

“Clearly we need better defensive measures. One of the challenges has been, the U.S. government itself has weakened our own commercial cybersecurity by not giving our information on zero-day exploits, for example, because they want to then use those weaknesses for their own purposes,” said Atkinson.

Cheng said the U.S. should also look for the patterns in Chinese cyber activity, rather than just responding to events as they happen.

“It is essential to recognize that Chinese cyber activity is not random. We are playing whack-a-mole,” said Cheng. “To recognize that there is a Chinese strategy behind their cyber activities means that we can stop addressing individual items, which are important, but at the end of the day are tactical.”