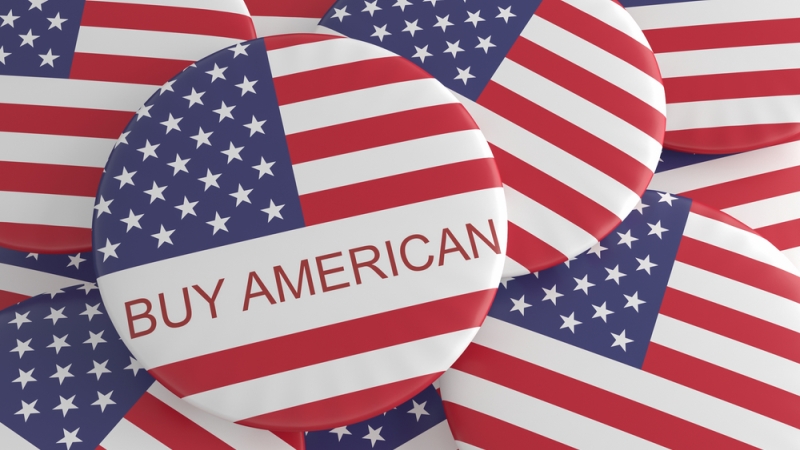 For IT acquisitions professionals in the Department of Defense, Buy American provisions can do far more harm than good, according to former DoD officials testifying in front of the House Armed Services Committee on Wednesday.

“It has always been a concern in the acquisition community that if you have Buy American provisions that become too prescriptive it will limit our ability to get the best weapons systems for our warfighters,” said Peter Levine, former Department of Defense deputy chief management officer and undersecretary of defense for personnel and readiness.

Terry Halvorsen, former DoD and Department of the Navy chief information officer, said that the military relies on being able to purchase the best and most affordable tech systems, not all of which are made in the U.S.

“There are some cases in which, unfortunately, you can’t buy American in much of the technical side,” said Halvorsen. “What we really ought to be looking at, and this is maybe a bad way to say it, is ‘where don’t we want to buy?’ Very candidly, I don’t want to buy stuff, and I didn’t in my last job, that was manufactured in certain nation-states. I think that needs to be more of the focus here.”

Halvorsen added that not all American tech products are entirely trustworthy anyway, as many companies source parts from less trustworthy countries, introducing the risk of built-in vulnerabilities.

“Outsourcing integrated circuitry is a concern that I’ve had for quite a while from a cybersecurity and trusted systems point of view,” agreed Ed Greer, former deputy assistant secretary of defense for developmental test and evaluation.

Halvorsen said that many other countries have the ability to track where domestic tech products are sourced, giving them an insight into product security that the United States doesn’t have.

Buy American policies also make joint operations with allied countries more difficult, especially in areas of communication where two different products may not be compatible with each other.

“We might, in the technology area, want to change that to Buy American and Allied,” said Halvorsen.

“Even if it’s just one piece of small source code within a weapon system, that will hold us hostage,” said Greer. “The major private contractors are still holding the government hostage.”

Despite this, the witnesses were adamant that it is almost always better to buy private products and solutions than to develop them on their own.

“If you can buy it, buy it,” said Halvorsen. “Our business processes and systems don’t differ that much from the best in industry. They shouldn’t, if they do.”

Halvorsen also criticized needless customization, which drives up costs and doesn’t do much to improve the service.

Levine said that any time an agency tries to buy a commercial system and customize it, they end up spending more money on the customization than they did purchasing the original service.

“It just doesn’t make sense to tailor anything if you don’t have to,” said Levine.