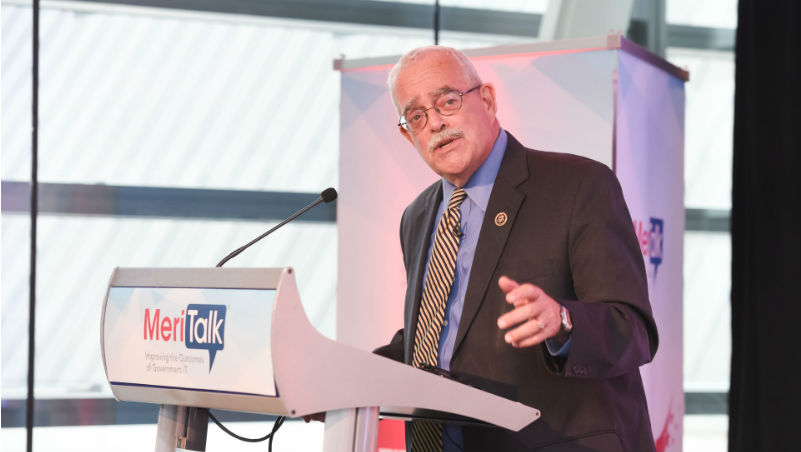 Federal IT is on the right path and is making progress on modernization, but Congress will continue to push agencies to modernize faster and address slowdowns in processes, including FedRAMP, said Representative Gerry Connolly, D-Va.

Speaking at ATARC’s FedRAMP Marketplace Forum today, Connolly noted that as one of the most knowledgeable and involved members of Congress on Federal IT, he sees several areas for Congress to support modernization efforts.

“The stakes are high, but the good news is we’re progressing. It’s slower than I would like and that means I’m going to continue to play chief nudge,” he said.

The latest of Connolly’s nudges will come today, in the form of a bill to address some of the issues in the FedRAMP process.

“It was designed to be a fast track process – six months, and $250,000 dollars and if you’re good, you’ll be certified. The problem was, that’s not how it worked out,” he noted. “We have to get FedRAMP back to its original purpose.”

Connolly’s bill does not appear to have any major changes from his preview of the legislation last week – the bill would codify FedRAMP into law, establish a presumption of adequacy for already-approved services – especially those approved by the Joint Authorization Board – and “reporting requirements and the like,” he added.

The congressman described FITARA as the “framework” for measuring progress in IT, keying in on FITARA’s goal of empowering agency CIOs and taking a negative view of backsliding from some agencies in recent scorecards.

“Having an empowered CIO who can take responsibility for tech, make decisions, and be held accountable is critical,” he said.

Connolly also touched on the consolidation of data centers as a key goal of the legislation he co-sponsored.

“If there are savings to be effectuated, that’s where the savings are to capture resources and reinvest in the enterprise,” he emphasized.

To capture the savings from retiring legacy systems, Connolly highlighted the role of the MGT Act. The law has faced significant implementation challenges for agency working capital funds, and funding struggles for the Technology Modernization Fund, which Connolly acknowledged.

“We got a lot of resistance from colleagues who, from a commonsense point of view said, “We’re spending $90 billion a year at least, and you want more? Why can’t we just use the money we’re already spending to do that?” It was kind of counterintuitive for a lot of members to understand that there’s so much we’re paying for legacy systems that to retire them and invest in some new systems is going to require some capital,” he explained.

While other members of Congress may have their doubts, Connolly noted the importance that technology has for the mission.

“IT is not the sexiest topic in the world, but it is consequential. It affects everything we do, and it can’t be treated any longer in the Federal government like a commodity. It is process to transform, and when we use it that way, it can transform.”