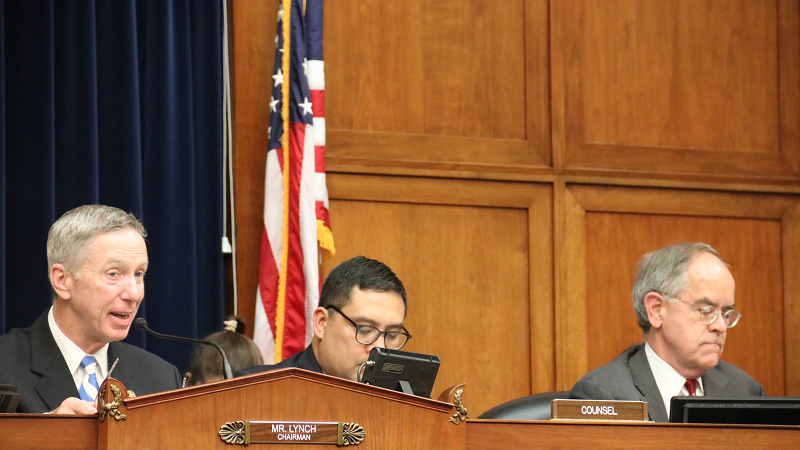 Less than two weeks before the chief executive officers (CEOs) of Google and Apple are scheduled to appear before the House Judiciary Committee’s Antitrust Subcommittee, the chairman of a different House panel is asking the companies’ CEOs to take steps to ensure smartphone applications do not compromise national security.

The House Committee on Oversight and Reform’s Subcommittee on National Security sent letters addressed to Google’s Sundar Pichai and Apple’s Tim Cook on July 14, expressing concern that “mobile applications owned or operated by foreign developers, or that store the user data of U.S. citizens overseas, could enable our adversaries to access significant quantities of potentially sensitive information on American citizens without their knowledge to the detriment of U.S. national security.”

“As industry leaders, Apple and Google can and must do more to ensure that smartphone applications made available to U.S. citizens on their platforms protect stored data from unlawful foreign exploitation, and do not compromise U.S. national security,” said Rep. Stephen Lynch, D-Mass., the chairman of subcommittee, in a release.

The letters come amidst legislation and discussion from lawmakers, who cite the Defense Department (DoD), in stating that the app TikTok, a video sharing service owned by the Beijing-based company ByteDance, is a national security threat. In April, Rep. Jim Banks, R-Ind., said data from foreign apps may be used against the United States by an adversarial regime and suggested that users be warned of an apps’ country of origin.

“At a minimum, Apple and Google should take steps to ensure that users are aware of the potential privacy and national security risks of sharing sensitive information with applications that store data in countries adversarial to the United States, or whose developers are subsidiaries of foreign companies,” Rep. Lynch said.

There is legislation in both chambers to ban TikTok on any device issued by the United States government.