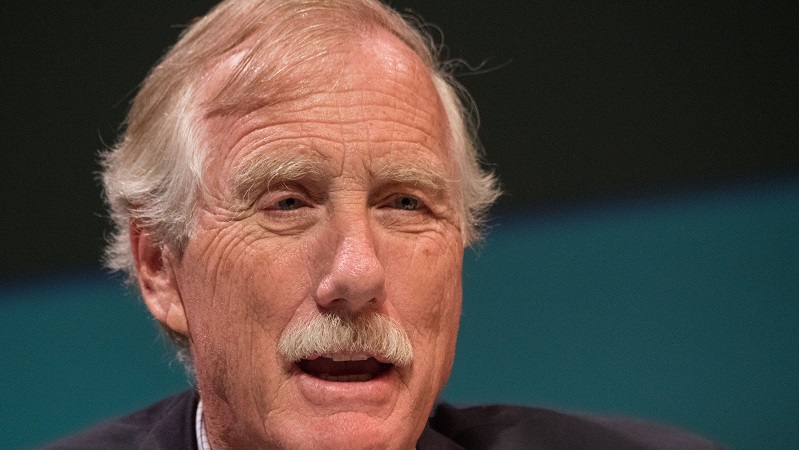 Sen. Angus King, Jr., I-Maine, said July 17 that a recent hack of Twitter accounts and warnings of Russian-government attempts to steal coronavirus research show the need for the U.S. to adopt a stronger cyber deterrence doctrine of the type called for by the Cyberspace Solarium Commission that he co-chairs.

“We haven’t articulated a doctrine that would provide a deterrent for less than the use-of-force kind of cyberattacks,” said Sen. King.

The Twitter hack and Russia warnings last week were a “reminder that [cybersecurity] is not an academic question,” the senator said while testifying at a hearing of the House Committee on Homeland Security’s Subcommittee on Cybersecurity, Infrastructure Protection, & Innovation.

On July 15, the Twitter accounts of former President Barack Obama, former Vice President Joe Biden, and more than 100 others “were targeted by the attackers in some way,” the social media company said. “For a small subset of these accounts, the attackers were able to gain control of the accounts and then send Tweets from those accounts.”

The next day, July 16, the United States, United Kingdom and Canada issued a joint cybersecurity advisory to expose the Russian Intelligence Service’s targeting of COVID-19 research. The Department of Homeland Security’s Cybersecurity and Infrastructure Security Agency and the Federal Bureau of Investigation issued a similar announcement in May about China-affiliated cyber actors targeting COVID-19 research organizations.

“Our adversaries don’t compute the cost of attacking,” said Sen. King, calling the United States currently a “cheap date” in cyber. “They have to understand that there is a price to be paid.”