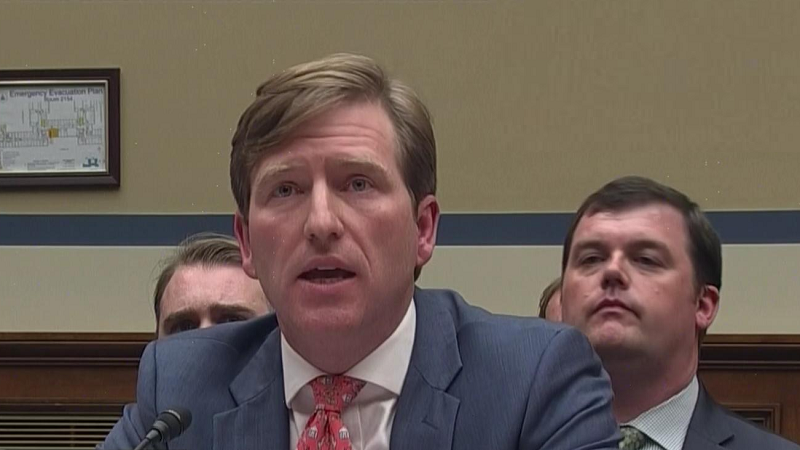 The Department of Homeland Security’s National Programs and Protection Directorate–NPPD–is one step closer to its first permanent undersecretary in more than a year. Tuesday, Christopher Krebs, who currently serves as acting undersecretary, had an overwhelmingly positive confirmation hearing with the Senate Committee on Homeland Security & Governmental Affairs.

“He’s the real deal,” said Sen. Claire McCaskill, D-Mo., in her opening statement. “We need you in this job.”

“The Committee has heard how the private sector is best positioned to innovate and distribute products and services that will protect us against malicious cyberattacks,” Johnson said. “I hope Mr. Krebs will challenge the department to consider how the Federal government can do more to support its partners in the private sector.”

Ahead of Krebs’ confirmation hearing, 48 former Department of Homeland Security–DHS–and cybersecurity officials signed on to a letter expressing support for his nomination and urging the Senate to confirm him “as soon as possible.” Support came from former officials in both Democrat and Republican administrations, including President George W. Bush’s homeland security secretary Michael Chertoff, President Obama’s cybersecurity coordinator Michael Daniel, and Suzanne Spaulding, who led NPPD under Obama.

This isn’t Krebs’ first foray into DHS. During the George W. Bush Administration, Krebs worked in the department on infrastructure protection. Krebs then moved to the private sector and worked on Microsoft’s government affairs team. During the hearing, Krebs noted he would recuse himself for the next 11 months from any matters related to Microsoft or the National Cyber Security Alliance.

“Mr. Krebs’ cybersecurity expertise is particularly needed in the Under Secretary role given the increasing number of severe cyberattacks on our Nation,” the former officials wrote. “The combination of Mr. Krebs’ DHS background and his experience working on private sector security issues makes him uniquely qualified for the position.”

“The committee has a fair amount of confidence in your ability and I think, in a bipartisan fashion, we will do everything we can to move this nomination along,” said Johnson at the end of the hearing.

The most surprising news out of the confirmation hearing wasn’t the committee’s approval of Krebs–that was expected. During his opening statement, Krebs announced to the committee–and his parents sitting in the gallery–that he and his wife were expecting their fifth child later this year. Hearty congratulations to the whole Krebs family.