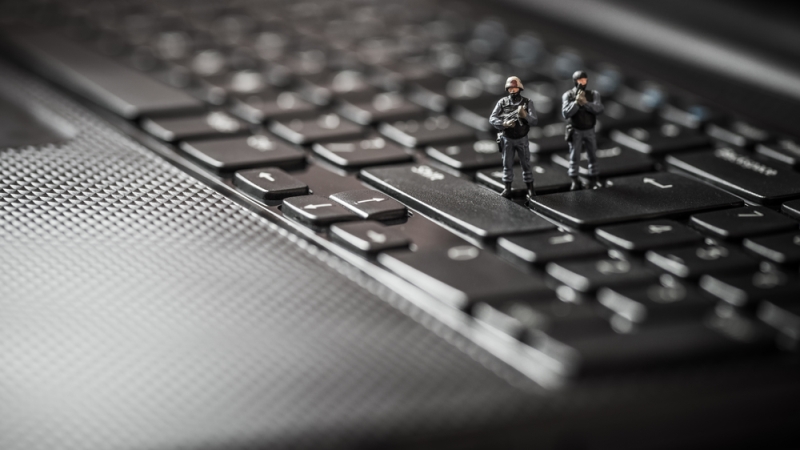 The U.S. Cyber Command ordered the creation of cyber troops in 2012, which was the first major, publicly declared use of cyber weapons by any nation’s military.

However, defense officials are still recruiting staff and developing software to fight adversaries who aren’t directly affiliated with sovereign nations, such as ISIS. Challenging ISIS in the digital sphere is difficult because it isn’t a country or government with infrastructure that’s vulnerable to cyberattacks. Because of this, the cyber force will begin working before the NSA can finish building it, according to Rogers.

In order to speed up the process, Rogers created the Joint Task Force Ares in May to develop digital weapons designed to damage ISIS’s networks, computers, and cellphones.

The Cyber Mission Force will contain 6,200 people split into 133 fully operational teams by Sept. 30, 2018. Thirteen teams will defend the United States against cyberattacks, 68 teams will defend priority Department of Defense networks against threats, 27 teams will use digital weapons in combat, and 25 teams will provide support.

When the Cyber Mission Force begins, it could potentially disrupt payment systems, take out communications networks, and bring down ISIS’s online magazine.

The cyber force won’t take part in identifying individuals to be targeted by airstrikes.

The military wants to avoid harming commercial networks that both civilians and ISIS rely on and it doesn’t want to take down communications networks that the intelligence community could monitor in order to gain information.

ISIS has not launched a major cyberattack on the United States, but it’s adept at using social media as a recruitment and propaganda tool, it can send encrypted messages in order to plan attacks like in Paris and Brussels, and the government is assessing ISIS’s capabilities to use cyberwarfare as an offensive tactic.

Rogers wants cyber forces to be a tool available to the military and policymakers as long as their capabilities are used legally. He told officials to remember that behind the computer, there is a person responsible for what is happening.