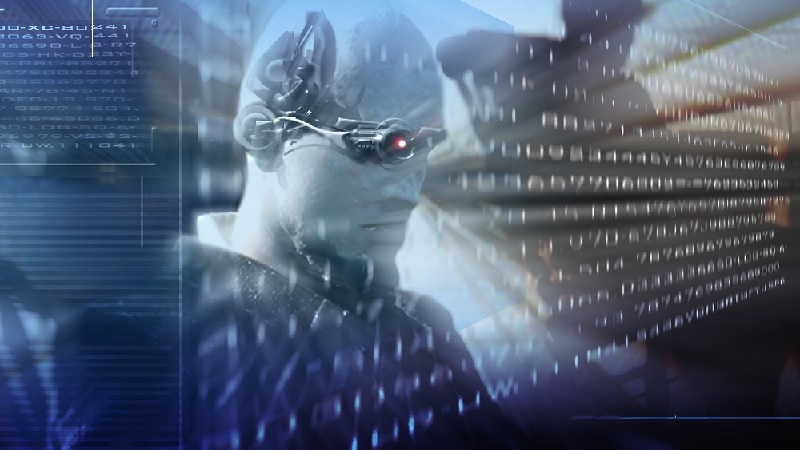 Move over R2-D2, Star Wars is about to get real.

The intelligent and fully autonomous robots that captured America’s imagination on the big screen now play an increasingly important role in modern life. From manufacturing, self-driving cars, 3-D printing, and voice recognition systems to robo-financial analysts on Wall Street, the robotic world is here to stay. In fact, recent studies suggest the rise of intelligent machines will define the next industrial revolution.

But those machines will also give rise to new forms of warfare—battlefields filled with humans and intelligent machines operating in close cooperation with one another and independently. And while there are some who remain unconvinced that such a dystopian future awaits the profession of arms, Deputy Secretary of Defense Robert Work is not among them. The intelligence that Work and other senior Pentagon leaders receive each day about the ongoing Russian military action in Eastern Ukraine or the research and development activities of the Chinese military tells a very different story.

The Russian example from Ukraine, however, is but the beginning of the journey toward the integration of intelligent machines into military operations. What some have in mind is truly unsettling, according to Work. “Now our adversaries, quite frankly, are pursuing enhanced human operations,” said Work, referring to enhancing human capability with artificial intelligence and robotics. “And it scares the **** out of us, really. We’re going to have to have a big, big decision on whether or not we are comfortable going that way.”

In fact, in an article published in 2013, Gerasimov laid out his vision of the future battlefield. “While today we have flying drones, tomorrow’s battlefields will be filled with walking, crawling, jumping, and flying robots. In the near future it is possible a fully robotized unit will be created, capable of independently conducting military operations,” he said.

“We’re already in this competition whether we like it or not,” said Work.

The Pentagon is now pushing forward on what it refers to as the third offset strategy—an effort to awaken a new level of modernization throughout the military to ensure U.S. military superiority in an era when advanced technologies are making it possible for potential adversaries to develop countermeasures to U.S. systems and capabilities. The first offset strategy occurred during the Cold War, when the U.S. turned to its nuclear deterrent to offset a massive conventional Soviet Union force in Eastern Europe. The second offset strategy was developed in the 1970s to leverage new advances in mirco electronics and sensor technologies to conduct precision strikes anywhere in the world. It, too, was focused on the Soviet Union and its large number of conventional forces around the globe.

Today, however, the spread of advanced information technologies has provided adversaries and potential adversaries the means to counter military capabilities where the U.S. has long enjoyed an overwhelming advantage. The third offset strategy is focused on maintaining that advantage. And, according to Work, there are five broad technologicial building blocks that are fundamental to the success of the third offset strategy—all of which leverage the rise of intelligent, autonomous machines.

A fundamental part of the new robotic battlefield will be the development of a smart learning network. “If we launch seven missiles at a surface action group and one missile goes high…and it sees something new that is not in its library, it will immediately report back on the learning network, which will go into a learning machine, which will create an [action suggestion], it will pass it over to a human-machine collaboration so the mission commander can make an adjustment on the next salvo and then make a command change inside the software of the missile,” Work explained.

The entire networked ecosystem “is designed to make the human more effective in combat,” he said.

And while it may still sound more like Hollywood than reality to some, there is some real money being put behind the planned wargaming, experimentation, and demonstrations that will be required to develop realistic doctrine and plans. The fiscal 2017 budget estimate is $12 billion to $15 billion for wargaming, experimentation, and demonstrations of the five core technology areas.

It won’t all happen in the open, however. “There will be a lot of fast followers. I’m OK with that,” said Work. “We will reveal to deter and conceal for warfighting advantage. I want our competitors to wonder what’s behind the black curtain.”