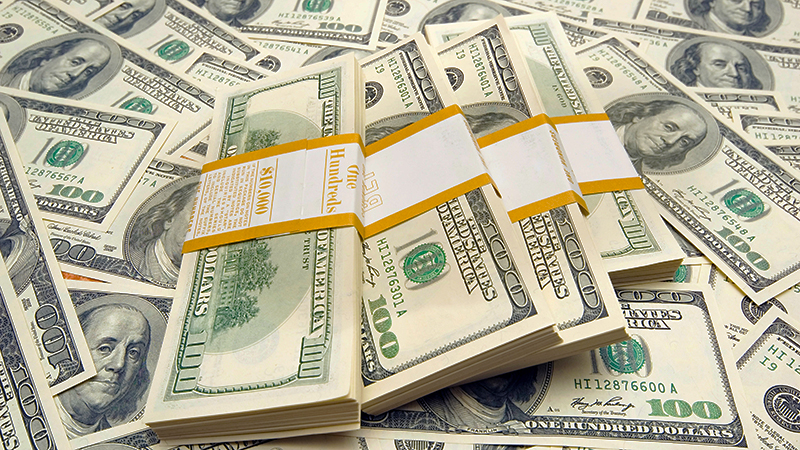 Bottom line: My Capitol Hill listening post has picked up strong signals that the White House’s proposed $3.1 billion IT Modernization Fund has but a 50-50 chance of finding its way into legislation this year.

Sources say the current political climate, along with presidential election politics, makes it highly unlikely that the revolving capital fund will find its way into the appropriations process. Even if the fund makes it into a bill, sources say Ohio Gov. John Kasich has a better shot at winning the Republican nomination for president than Federal CIO Tony Scott has of actually seeing the $3.1 billion materialize.

And that’s a shame, because reports coming from our Office of Management and Budget observation posts indicate that Scott—who’s knee-deep in transition planning at the moment—has pegged the cost of replacing all of government’s legacy IT systems at the full $3.1 billion mark.

The pair of wild cards in this hand are Reps. Jason Chaffetz, R-Utah, and Will Hurd, R-Texas. Chaffetz, chairman of the House Oversight and Government Reform Committee, gave off strong signals at the May 25 hearing on legacy IT modernization that he’s “warming up” to the idea of a revolving capital fund. And while Hurd, chairman of the House IT subcommittee, has supported the idea from the start, our San Antonio listening station reports the congressman faces an uphill re-election battle and may not be around to help champion the fund.

The Situation Report intercepted a phone call this week from a recruiter working for Amazon Web Services. Apparently, the company is planning to hire a vice president for its U.S. Public Sector business that will report directly to Teresa Carlson, AWS’ current vice president of worldwide public sector.

Initial reports raised questions about Carlson’s future plans. But our sources report that she is no longer in danger of Jeff Bezos’ public relations Siberia after a brief incident a while back involving an on-the-record quote provided to a reporter without permission. The new position is simply a response to AWS’ solid growth in government.

Last week, we learned that the General Services Administration decided to move a contracting officer from the Federal Acquisition Service (FAS) to its newly established Technology Transformation Service. Sounds like a great idea, and the Federal IT media largely bought it as just another fascinating and innovative move to support all of the new innovators at 18F who are busy working on wildly innovative websites.

But our remote listening post operating in the vicinity of Room 5340 of GSA’s Washington, D.C., headquarters building has picked up reliable reports that the new contracting officer position has more to do with providing 18F air cover for the coming assault by the GSA inspector general and an upcoming “beating” in June by the Government Accountability Office. Accordingly, the new contracting officer has their hands full making sure there are no illegal contracting activities in place when those two reports—and their corresponding congressional hearings—hit the street in June.

There’s been a lot of talk recently about the GSA’s digital consulting arm, 18F, and its newly launched state and local government IT practice. Many observers point to what is clearly illegal—it’s against the law for GSA and 18F to do work directly for state and local governments, except for programs that fall under the handful of Cooperative Purchasing Program schedule contracts.

But The Situation Report has debriefed a longtime GSA mole, who said GSA is using a simple scheme to get around those restrictions and entangle 18F’s front-end tentacles in as many places as possible before the change of administrations. According to our source, GSA Administrator Denise Turner Roth has come up with an ingenious plan: institutionalize 18F digital services into all Federal grants to state and local governments. Under that model, 18F isn’t working directly for state and local governments, but for the Federal agency responsible for issuing the grant.

President Obama’s Executive Order 13694, issued in April 2015, declared a cybersecurity emergency due to the volume of cyberattacks against the U.S. originating in foreign countries. The order was viewed at the time as the ammunition the country needed to go after these hackers, many of whom are believed to be acting on behalf of foreign governments.

But a newly released report from the Treasury Department dated Oct. 1, 2015, provides a surprising assessment of the order’s impact on national cybersecurity during its first six months. The emergency powers invoked by Obama cost the government at least $760,000 (mostly in Federal salaries) but failed to identify a single hacker to target with sanctions.

“No entities or individuals have been designated pursuant to E.O. 13694,” wrote Treasury Secretary Jacob Lew.