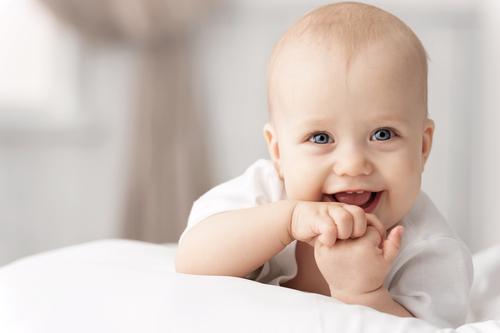 Guess who turns 1 on Saturday? FITARA. Her given name is the Federal Information Technology Acquisition Reform Act.

The Federal IT community is gushing over FITARA, and last week was no exception. Everyone agreed at MeriTalk’s second FITARA Forum this youngster has potential.

“I can’t imagine that (FITARA) isn’t the gold standard as we go forward,” said Milo Speranzo, director of strategy and compliance at Tech Data. “We really believe FITARA is here to stay for years and years.”

“The CIO’s job is a very, very difficult job, no matter where you are, whether that’s in the commercial sector or other areas in the public sector,” said Steve Harris, vice president and general manager of Dell Federal Systems. “When the CIO’s not empowered, it’s an impossible job.”

FITARA promises to be a useful tool, but it may take time before agencies begin to see results from the new authority the law provides CIOs, said Steve Cooper, CIO, Department of Commerce.

“FITARA is not a sprint,” Cooper said.

The law has proven effective in at least one instance.

“I put a freeze on all IT purchases until (component agencies within the department) can come to me with a comprehensive IT spend plan,” said Richard McKinney, CIO, Transportation Department.

“We’ve got to be more deliberate about what we’re doing,” he said. “We can’t let IT decisions be made down in a program where stuff just shows up on the dock and somehow I’m supposed to slap it into the data center and run it, manage it, and care and feed it. So until the component CIOs can present me with a comprehensive IT spend plan, I’m not going to approve any (acquisitions). I’m going to use the FITARA authority to say ‘I’m not approving any IT purchases.’ ”

It looks like this baby already has teeth. But is it biting too hard?

“Why there would be resistance I think can run the gamut,” said Ryan Gillis, vice president of cybersecurity and global policy, Palo Alto Networks. “It might be that at the sub-agency level, you don’t want to relinquish some of that power and authority up to the department-level CIO. Maybe you believe that the metrics aren’t the right metrics that show how you’re performing operationally. But the bottom line is that this is a good governance approach.”

Institutionalizing the law will make it harder for a future administration to stunt FITARA’s growth, observers said.

“We’ve got this window of opportunity at the end of this administration,” said former Department of Homeland Security CIO Richard Spires. “Let’s take that opportunity to start to institutionalize these changes very rapidly. I know it’s hard. It won’t happen everywhere. But if we can get it to start working at some of these agencies, then I think it can have a snowball effect.”

Babies are cute, but toddlers represent a different challenge. Let’s see what FITARA’s terrible twos have in store for Federal CIOs.