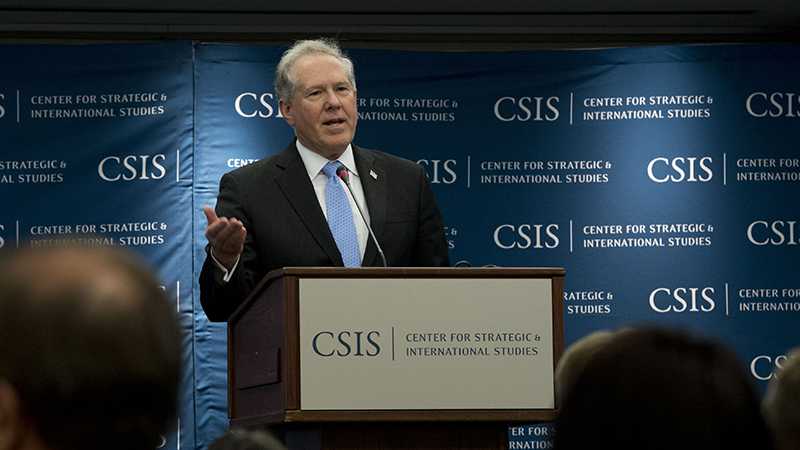 Volumes have been written about the challenge of reforming the Defense Department acquisition process. And while significant progress has been made—cost growth in major weapon system programs, for example, is now at its lowest level in 30 years—the only measurement that really counts is if the things the Pentagon buys increase the combat capabilities of the military.

That was the parting shot of wisdom offered by outgoing Undersecretary of Defense for Acquisition, Technology and Logistics Frank Kendall during his final public appearance Tuesday at the Center for Strategic and International Studies.

“The metric that matters at the end of the day is ‘are we gonna win?’ ” Kendall said. “We’re doing an awful lot of requirements decisions in my view sort of by the seat of our pants. I think we can do better than that.”

But winning on the acquisition front may get tougher before it gets easier, Kendall warned. The 2017 Defense Authorization Act included more than 100 provisions dealing with acquisition reform, including a controversial provision that splits the Acquisition, Technology and Logistics Office into two separate entities, each with its own under secretary.

“I don’t think it’s a good thing,” Kendall said, adding that many of the current legislative proposals are “totally divorced from the reality” of the acquisition system. “The right model is to have one person who’s responsible for the total life cycle of our programs.”

In addition to congressional interference, which often leads to more bureaucracy and regulation, Kendall said he has concerns about the possibility that the Donald Trump administration may bring in outsiders with little or no technical experience or experience in government.

“I’m a little nervous that that may happen in this administration. You have to understand what you’re doing. You also have to understand the cultures,” said Kendall, who’s served six years in the undersecretary position and has co-authored three versions of the Defense Department’s Better Buying Power policy guidance. 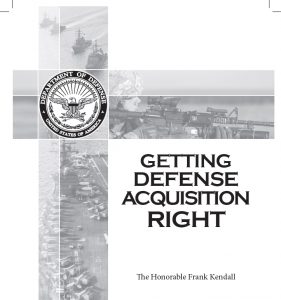 “Bringing somebody in who doesn’t have the experience of working in that environment I think is a disservice. They will spend their first year just learning what the environment is like and how it works before they can be effective.”

Kendall spoke at length about his new book, Getting Defense Acquisition Right, which is available in PDF form on the Defense Department website. The book contains what Kendall describes as “some of the hard-won lessons of my decades of experience in the development of new defense products.”

Kendall urged the incoming Trump administration to prioritize defense spending on research and development along with modernization. “That’s where we really need the money,” he said. “We’ve got the ideas. What we don’t have in our budget right now, in our budget request, is the money to take those demonstration [projects], and assuming the results are successful, go on to building products.”