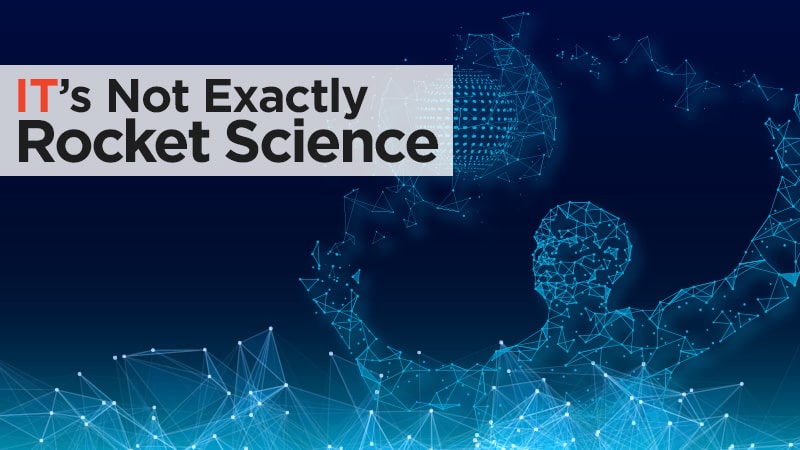 When the term “ubiquitous computing” was first coined in the late 1980s, it was envisioned as a sea of electronic devices “connected by wires, radio waves, and infrared,” that are so widely used, nobody notices their presence. By that definition, the era of ubiquitous computing arrived some time ago. Everything from movie theater projectors to plumbing systems have gone digital, paving the way to meaningful, data-driven change in our daily lives.

A lot of people remain skeptical of the Internet of Things (IoT). They may not realize that they already depend upon it. While IoT often conjures images of futuristic devices – senselessly superpowered refrigerators or embarrassingly smart toilets – there are good reasons why Americans are buying thousands of programmable appliances every month. Smart devices provide an improved service to consumers, and the data we can collect from them are invaluable, with the potential to revolutionize everything from traffic management to agriculture.

It also means that the idea of a computer – as some sort of electronic box typically used at a desk – is woefully outdated. In fact, the new super computer is the one we have in our pockets, the SmartPhone, which is rapidly becoming our ever-present intelligent digital assistant. Ubiquitous computing is changing the way we interact with everyday objects. We don’t flip on light switches, we instruct a digital assistant to turn our lights on for us; or, in some cases, we just push a button on our phones to turn a light on. If a smoke alarm goes off, we don’t need to get out the ladder and manually turn it off – we can see the source of the smoke on our phones and turn the alarm off with a mere swipe.

The Curiosity rover, the most technologically advanced rover ever built, has 17 cameras and a robotic arm with a suite of specialized lab tools and instruments. It required the work of 7,000 people, nationwide, to design and construct it over the course of five years.

At JPL and NASA, one of countless ways ubiquitous computing has woven its way into our work is through augmented reality (AR). Today, if anyone wants an up-close look at Curiosity, they need only use their phones or a pair of smart goggles. JPL built an augmented reality app that allows you to bring Curiosity anywhere – into your own home, conference room, or even backyard. The app lets you walk around the rover and examine it from any angle, as if it were actually there. In addition, scientists can don AR glasses and meet on the surface of Mars to discuss rocks or features – all from their own homes or conference rooms scattered across Earth.

AR may feel like magic to the end user, but it’s not. It’s the culmination of decades of technological advancements. It requires an assortment of sensors (light and motion), cameras, as well as substantial data processing power – power that only became affordable and available via mobile devices in recent years. In fact, we are now seeing the initial swells of a major ubiquitous computing wave hitting our shores within the next few years. The entire wireless networking industry is being revolutionized to meet the needs of exponentially more devices communicating to each other and to us all the time. That’s when we all become IoT magicians in our daily lives and when that second brain (the SmartPhone) fires on all neurons. (More about that in a future blog.)

Now we can use AR for more than just finding Pokemon in the wild – we use it to review and build spacecraft. We can get a detailed look at a vehicle’s hardware without actually taking it apart, or we can see if a hand might fit in a tight space to manually turn a screw. Among the many advantages of augmented reality: It’s cost-efficient for multiple people to work together over a virtual network and it could easily be used for hands-free safety training, testing, or maintenance.

While AR is dependent on a slew of technologies, perhaps the most critical piece is the cloud. A lot of AR applications would be cost prohibitive without the supercomputing power available over the cloud. Based on our experience at JPL, we estimate that serverless computing can be up to 100 times less expensive than N-tier server-based computing. Not surprisingly, we’re now starting to use serverless computing as often as we can. What it really means is that we don’t have to worry about how a problem is solved, we just have to worry about what problems we’re solving. And that’s a powerful position to be in.

Tom Soderstrom is the IT Chief Technology and Innovation Officer at the Jet Propulsion Laboratory (JPL). He leads a collaborative, practical, and hands-on approach with JPL and industry to investigate and rapidly infuse emerging IT technology trends that are relevant to JPL, NASA, and enterprises.